Shahid Kapoor and Ranveer Singh shared screen space in Sanjay Leela Bhansali's magnum opus Padmavaat last year and broke all records with their sensational performance. While shooting the movie, there were reports about the two male leads having minor issues on professional level. Post the release of the film too there were polarized views on who's performance was better and their fan clubs sure got a little competitive with each other on Twitter but the movie was a success overall and none of this mattered in the long run. On the recent episode of Koffee With Karan, Shahid was asked about this rivalry and he gave a very honest reply saying, “It's really a big film and the stakes were very high for everybody. So everybody wanted to have their A-game on. Everybody was doing everything it takes to kind of be in the centre of the limelight. I'm sure everybody felt a bit threatened by each other at some level, it's natural." 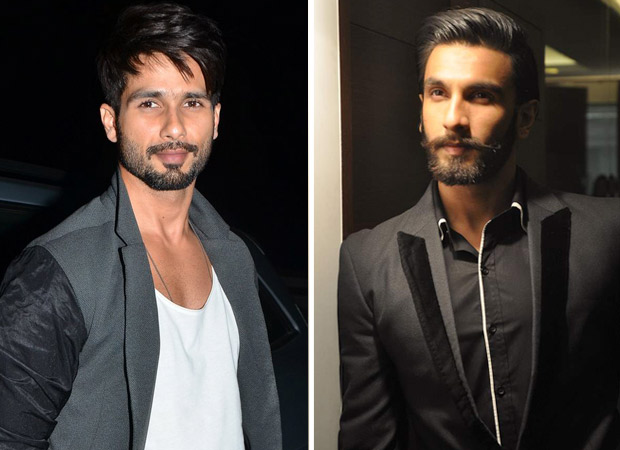 He is yet again set to appear on yet another high profile interview with Filmfare editor Jitesh Pillai, called Famously Filmfare, where he spoke about whether he wants to work with Ranveer again after admitting being threatened by him at some point. He said, “I would definitely want to do a film with Ranveer Singh again!" Now we are eager to hear what Ranveer has to say to this.

Shahid is currently working on the Arjun Reddy remake called Kabir Singh with Kiara Advani. His last film was Batti Gul Metre Chalu which didn't do well at the box office.

"Rhea Chakraborty is taking her revenge on…