It was truly a shocking moment for Pink actress Taapsee Pannu when she got to know that she was removed from Pati, Patni Aur Woh remake. The actress claims in reports that she was neither informed about it nor did the makers give her any specific reason for their decision. Taapsee, in recent reports, has expressed her disappointment over this behavior of the producers and also added that the director Mudassar Aziz too wasn’t informed of the same. 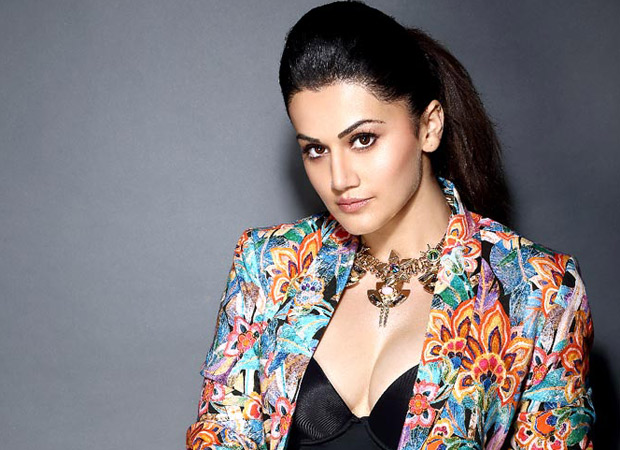 Readers may be aware that, for the past few days, there have been many rumours about Pati, Patni Aur Woh remake. The film is expected to be remade by Juno Chopra and Abhay Chopra with Mudassar Aziz as the director. The script of the 70s drama has also been given a contemporary touch in order to resonate with the current generation. Kartik Aaryan has been apparently brought on board to play the Pati which was played by Sanjeev Kumar in the original. Whereas, Ananya Pandey is said to be essaying the role of ‘Woh’ which was essayed by Ranjeeta in the original. It hasn’t been revealed if Taapsee was signed on to play ‘Patni’!

Coming to what Taapsee had been stating in reports, she had some shocking revelations to make including the fact that she was one of the first actors to be approached for the film. Not just that, she asserted that she indeed liked the script and the role and had given a verbal nod for the film. She had also adjusted her dates with her other commitments to give bulk dates for the film but was in for a shock when she got to know from someone else that she was dropped from it. The makers have reportedly not given her any proper reason. Furthermore, as per reports, she even contacted the director who was unaware of the reason and told her that he was just asked to take someone else for the role.

However, the actress didn’t express any anger over the incident and described it as an eye-opener as it has made her careful about choosing scripts in the future.

On the other hand, the producers of the film Juno Chopra and Bhushan Kumar [head honcho of T-Series] have gone ahead to give their joint statement on the matter. Their statement read, "When a script is locked, every director or producer approaches actors for the casting of the film, it is a basic protocol followed by almost all filmmakers. Similarly, for our upcoming project – Pati Patni Aur Woh, we reached out to many actors, who we thought could be our potential protagonists in the film.

The versatile actress Taapsee Pannu was one of the many actresses we had approached for one of the leading ladies in the film. However, we as producers have never made any commitment to her. We would like to clarify that our casting was purely done on the basis of who suited the characters to the tee? Tapasee is an extremely talented actress and we would love to work with her in future. We will soon make the official announcement for the final cast of Pati Patni Aur Woh."