It's raining collaborations this year and we aren't complaining. Earlier this year, it was revealed that Anees Bazmee was going to collaborate with Ajay Devgn on a film Saade Sati with Anil Kapoor on board. But, no such confirmation came from the actors or the makers. 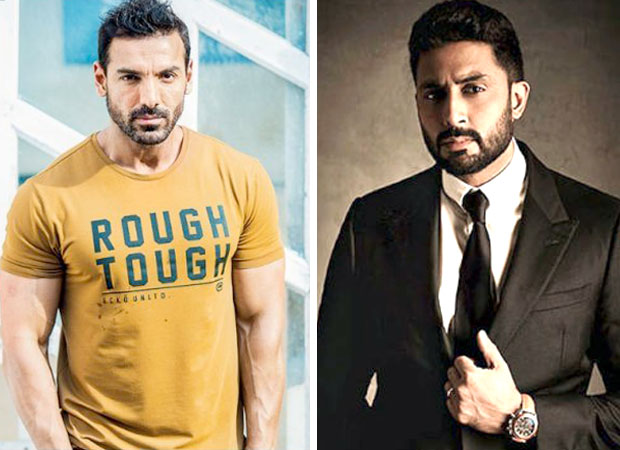 Well, guess what? It seems like a new set of actors have become a part of the project and they are none other than Dostana duo John Abraham and Abhishek Bachchan. Not just that, the film has a new title Pagalpanti. According to sources, Anees Bazmee has signed these two actors and Kumar Mangat will be co-producing the film. The film might go on floor later this year. This collaboration with mark the reunion of Dostana duo after 10 years since their film released in 2008.

Speaking of Saade Saati now titled Pagalpanti, the earlier reports had suggested that the film revolves around the Hindu belief that the bad luck caused due to the influence of Shani aka Saturn lasts for seven and a half years. As for the leading lady, the details are yet to be revealed.

On the work front, John Abraham has had a pretty interesting year with the success of Parmanu- The Story Of Pokhran and Satyameva Jayate. He is currently shooting for Robby Grewal's Romeo Akbar Walter (RAW). He will also begin shooting for Batla House next and post that he will begin prep for his own production which will be an action franchise.