Woah! That is a lot of news in one and also quite star studded we had say! Rohit Shetty aims to make his production with Farah Khan grand and if sources are to be believed, the filmmaker has already kicked off on his ambitious project, which is said to be a remake of the Amitabh Bachchan – Hema Malini starrer Satte Pe Satta and locked in the cast. Well, considering that it is going to be extensive, it hardly comes as a surprise that the director-producer was keen on Bollywood bigwigs and now sources have it that he has finalized Shah Rukh Khan and Katrina Kaif as the lead pair of the film. 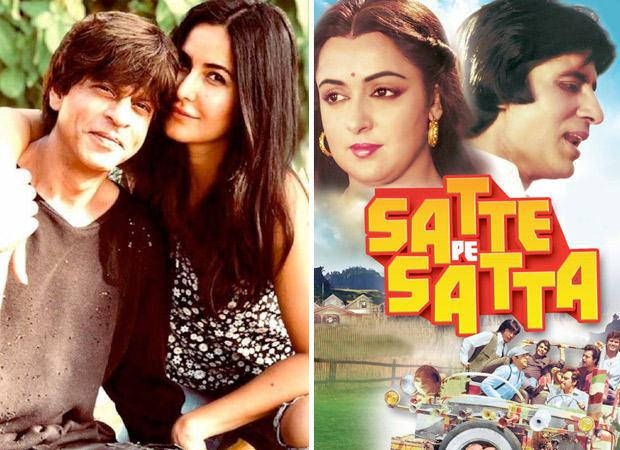 If the news is true, Katrina Kaif will reunite with Shah Rukh Khan for the third time after the recent release Zero and the 2012 release Jab Tak Hai Jaan. A source close to the project said, “Farah Khan always loves to work with Shah Rukh Khan. And she thinks what better way to make a comeback after Happy New Year. She has been keen on working with the actor since a while now and feels that this will be a good opportunity. Rohit is absolutely on board with the idea. And Farah has always liked Katrina and is quite comfortable her. The two actors have shown keen interest on the script and they are yet to sign on the dotted line. So if all goes well, the four of them will come together for the first time.”

The film in question will be a remake of the 70s cult film Satte Pe Satta which starred Amitabh Bachchan in a double role along with Hema Malini as the leading lady and a host of other actors. Besides Shah Rukh and Katrina, the source mentioned that the makers are looking for other actors who will be playing the role of the supporting cast. An official announcement is yet to be made on these details!