Bhumi Pednekar is one of the most exciting young actors of today. She stands out incredibly for her sheer perfectionism and versatility as an actor who has delivered superb performances every time she has faced camera. She has also, in every film, transformed herself and become the character that she was meant to play. She has looked unlike how she looks in her real life in every movie and has in turn earned heaps of praise from critics and audiences. 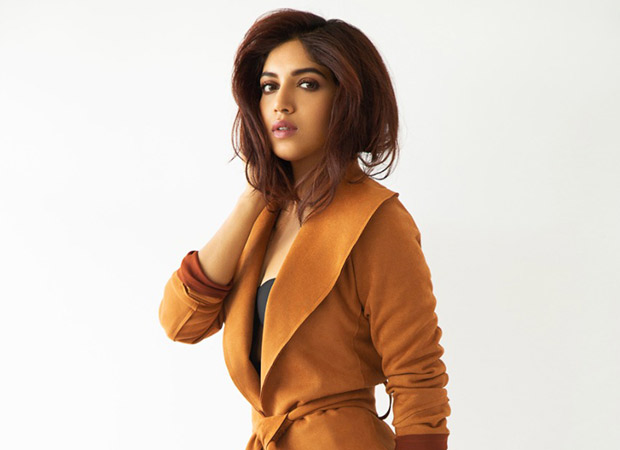 Bhumi got her chance to act with Dum Laga Ke Haisha and she delivered the break-through acting performance of that year. She put on oodles of weight and made a bold debut as overweight but self-assured young woman, Sandhya. Her next film Toilet : Ek Prem Katha saw her cast opposite superstar Akshay Kumar. As Jaya, a determined and progressive young woman from a small town, she won accolades for her performance and won several top Best Actress awards. She went on to play Sugandha in Shubh Mangal Savdhan, a romantic drama about a man with erectile dysfunction.

Not one to rest on her laurels, she worked in the bold, modern interpretation of love, Lust Stories, a short film directed by popular filmmaker Zoya Akhtar. With her assured, subtle acting, she won high praises in an ensemble cast. Bhumi has again transformed herself on screen for the challenging role of a small town villager from Chambal Valley, from the 70s; in the dramatic crime drama, Son Chiriya being directed by Abhishek Chaubey. In Saandh Ki Aankh, she plays the role of the world’s oldest sharpshooter. Her variety and range as an actor is quite extraordinary. Finally, in Pati Patni Aur Woh, she plays a young, cool girl from the big city and also plays a character close to her age. Bhumi is thrilled that audiences will see how she looks in real life for the first time!

“The character I play in Pati Patni Aur Woh is close to what I am in real life. She is extremely confident; she is got this sensual energy about her which stays back with you. She has an impact on people. She is a young girl, she has ambition, she wants bigger things in life. So, these are characteristics about her that I really identify with. I think people will for the first time see how I look in real life!” Bhumi tells us.