Andaz Apna Apna recently completed 25 years of its release. While the film proved to be a commercial failure during its release, it only went on to get the tag of a cult classic and is a favourite among cinema lovers even after all these years. Starring Aamir Khan, Salman Khan, Raveena Tandon, and Karisma Kapoor the film was directed by Rajkumar Santoshi. 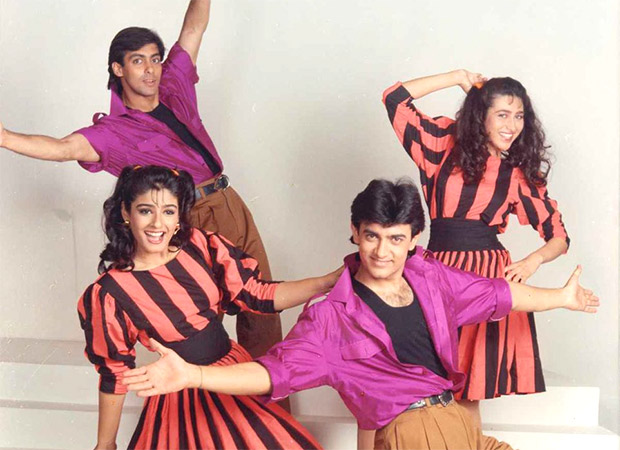 Raveena is still amused as to how they made the film and later admits that they are indeed good actors. Recalling an incident from the set, Raveena said that in the climax scene Raveena and Karisma's character are tied to a pillar. The director told the two actresses that unless they talk to each other, they will not let them go.

Raveena Tandon also revealed that she is yet to watch the film. Meanwhile, on Monday, Karisma Kapoor took to her social media handle to share a few stills from Andaz Apna Apna.

Also Read: 25 years of Andaz Apna Apna: Was this Aamir Khan-Salman Khan starrer a flop, average or a hit at the box office?