Arjun Kapoor and Rakul Preet Singh team up for the first time for an untitled family dramedy being produced by T-Series, Emmay Entertainment and JA Entertainment; film rolls this month. After collaborating on Batla House, Satyameva Jayate and it’s already announced sequel which goes on the floors in February, Bhushan Kumar, Nikkhil Advani, and John Abraham are gearing up for yet another collaboration. 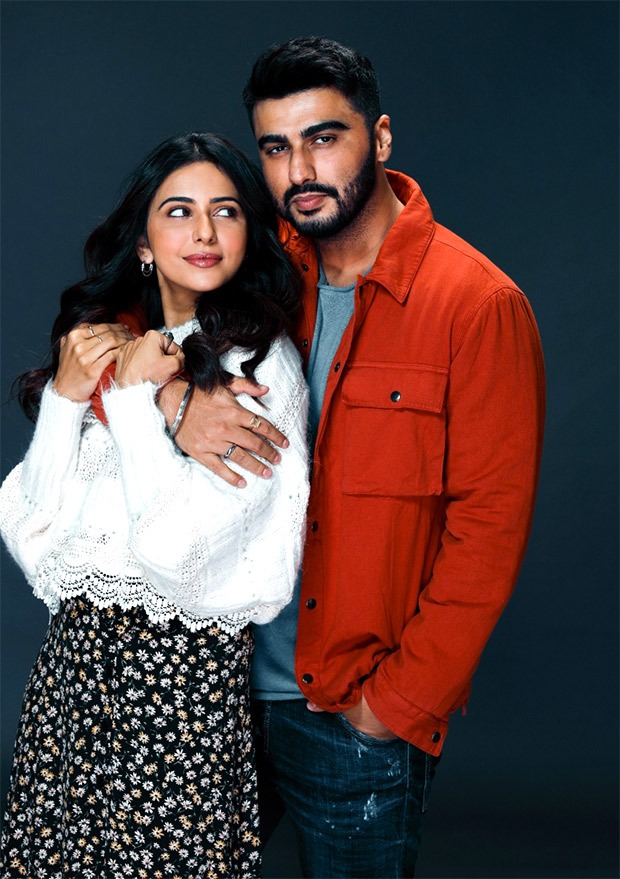 Kaashvie Nair, who has earlier assisted Nikkhil on his sports-drama Patiala House and the 2013 action thriller D-Day and co-directed the TV series POW Bandi Yuddh Ke, will be making her feature film debut as a director with this one. She is the daughter of Shashilal K Nair, who has directed films like the 1992 crime-drama Angaar which bagged him the National Film Award for Best Special Effects, and the 2001 action-crime film One 2 Ka 4, featuring Shah Rukh Khan and Juhi Chawla. Kaashvie and her team have completed the recee and the film is in the final stages of prep.

“It is a coming-of-age, cross-border love story, beautifully written by Anuja Chauhan, Amitosh Nagpal, and Kaashvie. It will be shot extensively in Punjab and Los Angeles and will feature Arjun and Rakul in never-seen-before avatars. We will be locking the title and the release date soon,” informs Nikkhil, who is gearing up for the release of his next production, the Milap Zaveri directed Marjaavaan, which also features Rakul, alongside Sidharth Malhotra and Tara Sutaria.

Bhushan adds that the film is scheduled to go on the floors this month. “It sums up our everyday experiences and relationships with our families. The audiences will definitely enjoy it,” the filmmaker promises.

Arjun informs that when the debutante filmmaker and the writers gave him a narration, he knew instantly that it was a special script. “I have grown up in a joint family so I understood that it’s the biggest pillar of love, strength, and support. That’s the essence of our film, which has its heart in the right place. I’m having a blast even during the prep,” the 34-year-old actor asserts, adding that he is excited to be working with Rakul for the first time after collaborating with her during workshops. “She is a beautiful, instinctive and generous co-star,” he signs off.