Ranveer Singh is a bonafide superstar today with an enviable fan following across the globe. Fan clubs generally resonate with the inherent qualities that the particular actor stands for. Ranveer is a silent do-gooder who doesn’t publicize the work he does and his fan clubs too seem to be leading the way to help as many people as possible. 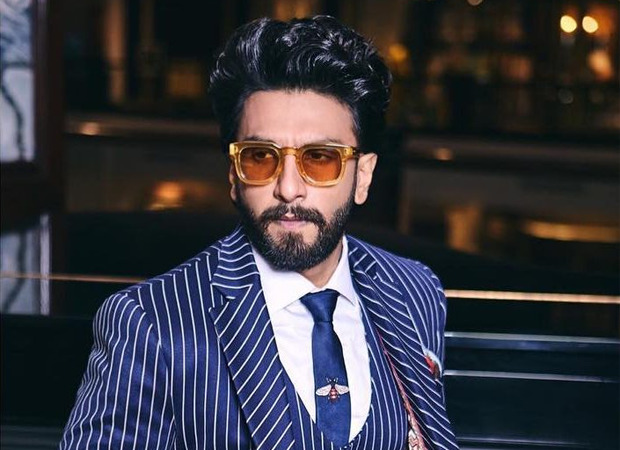 On Ranveer'S birthday, his fan club called Ranveer Ka Fan Club, is donating computers to a school supporting education for underprivileged children! They have been active since 2015 and the members have dedicated themselves to do voluntary work in the name of their favourite star. Each year, they do something on the Simmba star’s birthday and recently they started a program called Ranveer Gram Program.

Atharva Khendekar, a Ranveerian, says, “As you know Ranveer ka fan club is always on spot to help the unprivileged people and children. And this time we are trying to help the rural children who are not privileged to afford high-class education. For some of them, basic education is also a dream. We as a proud member of Ranveer ka Fan Club are planning to provide 2 basic computer systems and some indoor games to those angles. Imagine the amount of enthusiasm and excitement in these children to attend their school when they receive the computers!”

These computers will be given to a school that educated children till the fifth standard. The school is situated in Sikandari village in Indore district, Madhya Pradesh. Atharva adds, “The total budget of this project is Rs. 30,000 out of which Rs. 15,000 will be for 2 basic computers Rs, 10,000 will be for colouring the walls of the school and Rs. 5,000 will be allocated to get indoor games for children. So please come forward and donate as much as you can and make the future youth of our country more educated and more reliable.”

Last year, the fan club brought light to a small village called Akoli, where they installed five solar street lights and house lights each. The villagers had been using kerosene lamps for more than a decade and could not afford electricity.

We call the project " Ranveer ke Rang me".We also painted caricatures of Ranveer at the walls of the school.
School is located at gram sikandari in indore district, Madhyapradesh.#HappyBirthdayRanveerSingh pic.twitter.com/KCi3ce1sST

just like Ranveer is full of energy and positivity, adding colors will not just add positivity and energy but also charge up the interest of students to attend the classes and computers will help the students to have basic computer knowldege.#HappyBirthdayRanveerSingh pic.twitter.com/5hqktwoT2h