Dinesh Vijan's horror comedy, Stree, has explored the simple, yet beautiful city of Chanderi which has never been seen before in Bollywood. The film encapsulates the raw beauty of the city. As the concept of the film goes, the makers also identified a few places less visited even by the locals of Chanderi which roused fear in some of the cast members! During an intense sequence in the film, the makers had to take Rajkummar into a real cave where he had to walk in with a fire torch. The actor, all set to give another good shot walked in as his character, however, he stood shocked in his track when a he heard loud chirps and a colony of bats flew out from around him. 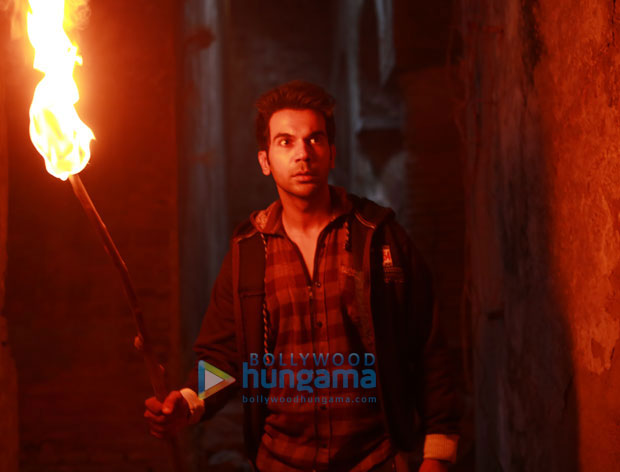 Following this, Rajkummar Rao came out of the cave with very high heart beat rate and made sure that the next time he had to go inside a few team members enter before him in the cave and stay there till he arrives. While it was a scary experience for Rajkummar, the team had a great laugh seeing the expression on the actor’s face. It soon became one of the most comical on-set moments for all!

Dinesh Vijan presents Stree, a Maddock Films production in association with D2r films and Jio Studios. The horror comedy has been directed by Amar Kaushik and is set to release on August 31, 2018.

Also Read: WHOA! Rajkummar Rao dresses up in a saree for Stree