Bringing you diverse stories, Netflix announced three films and the cast for the previously announced Freedom. These stories straddle a variety of genres and formats, including drama, suspense, and an anthology. With this, the streaming service further solidifies its commitment to making Indian films and taking untold Indian stories to the world. The announcement extends Netflix's global emphasis on giving audiences a breadth of award-winning, entertaining and enjoyable films, and comes on the back of its record 24 nominations at the 92nd Academy Awards. 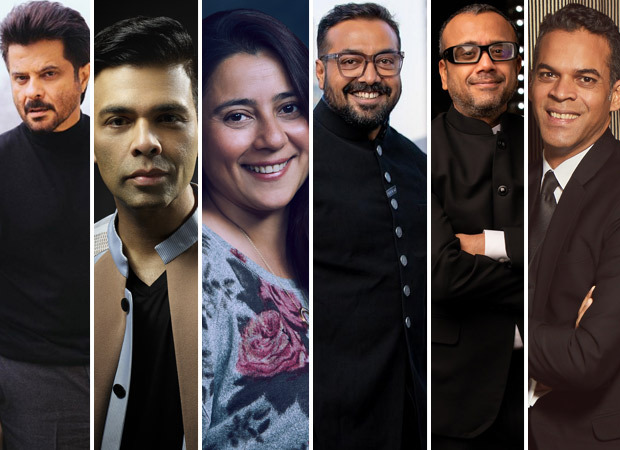 Srishti Behl Arya, Director, International Original Films, India, Netflix, said, “We are making films that our members in India and around the world will love. As we continue to expand our film slate in India, we are thrilled to work with imaginative storytellers who break boundaries and choose the unexpected over the safe. We want to be a home for India’s finest filmmakers and their unique, universal and personal stories.”

Here’s a look at the four films from Netflix’s Indian slate for 2020:

A hapless bank cashier’s life takes a turn when she finds a source of unlimited money choked in her own kitchen. The film is directed by Anurag Kashyap and stars Saiyami Kher and Rohan Mathew in pivotal roles.

Speaking on his most recent association with Netflix, Anurag Kashyap said, “I have found a home in Netflix and with every project, I do with them, I feel like I’m able to push my creative boundaries a little more. Choked is unlike anything I’ve done before, much like all my outings with Netflix, and is a story that, I believe will appeal to a varied audience.”

A brash film director kidnaps the daughter of a well-known movie star. While the star is relentlessly searching for his daughter, the director/kidnapper films the desperate search in real-time for his next blockbuster movie. The film is directed by Vikramaditya Motwane and stars Anil Kapoor and Anurag Kashyap.

Talking about the upcoming film, Vikramaditya Motwane said, “AK vs AK has an extremely, unique and gripping storyline and Netflix is the perfect platform for it because of their organic disposition to take creative leaps of faith and constantly push the envelope every single time.”

“Attempting your craft on a completely different platform is both exciting and daunting, and it’s a challenge I’d take on only with a committed streaming service like Netflix. I’ve partnered with Netflix on Selection Day and Mowgli - Legend of the Jungle in the past and am amazed at how far and wide the stories have traveled. And being able to take this leap with Vikram (Aditya Motwane) and Anurag (Kashyap) promises to be an exceptional experience. I can't wait for these stories to come to life!" said Anil Kapoor.

The Other (working title):

An anthology of four films that showcases completely different facets of the “other” angle. Shedding light on relationships and their complexities, The Other signifies the third person in a relationship - the one who breaks it, or, maybe even completes it. The film is produced by Karan Johar at Dharmatic and currently is in production. The ensemble cast includes Shefali Shah, Manav Kaul, Nusrat Bharucha, Fatima Sana Shaikh, and Jaideep Ahlawat.

Producer Karan Johar said about the film, “An anthology allows us to bring together diverse creative minds to showcase different facets of the same concept in a unique manner, and Netflix presents these beautifully. The Other is one such film that delves into the various complexities of human relationships. Each director will bring their unique vision to the table, amalgamating in a piece that many viewers across the world will definitely resonate with.”

Starting 25 years into the future, Freedom traces the history of a family in three stories that are intricately interwoven with the personal and ideological histories of India. The film is directed by Dibakar Banerjee and stars Naseeruddin Shah, Manisha Koirala, Huma Qureshi, Kalki Koechlin, Divya Dutta, Zoya Husain, Shashank Arora, and Neeraj Kabi.

“Freedom is the story of us regular middle-class folks. With family ties, parents, grandparents, children, loves, lies and secrets lost and suppressed over generations. It's about food, ambition, sex, and betrayal. It's about what we hide and what we wear on our sleeves, and about a past and a future that we call India. As a filmmaker, I want to move away from cinematic stereotypes, and working on Lust Stories and Ghost Stories with Netflix gave me renewed hope about creative expression in India. Freedom is the next step forward.” said Dibakar Banerjee.