If all goes well, we will see Varun Dhawan tying the knot with his long-term girlfriend, designer Natasha Dalal in May this year. While Varun had kept their relationship private for a couple of years, it came into the open when he started attending all major Bollywood events with Natasha. It was in one of the seasons of Koffee With Karan, that Varun finally spilled the beans about dating Natasha and his plans to marry her one day. 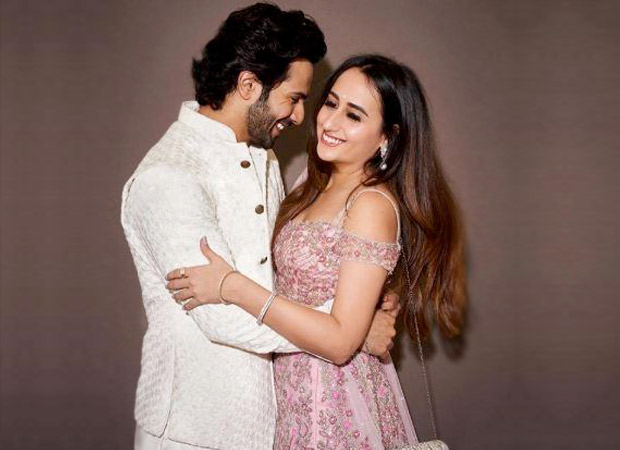 They have gone on holidays together and Natasha is much loved by Varun’s family, especially his parents, David and Lali and his close friends. And the wedding will definitely be a big, fat Punjabi wedding. Till now, the actor who has managed to keep his private life away from prying eyes, rang in the New Year with her and his own family at a Swiss resort. After posting romantic messages about Natasha, he celebrated it with Natasha and his friends Jacqueline Fernandez, Virat Kohli, Anushka Sharma, Kareena Kapoor Khan and Saif Ali Khan.

Says a producer, “Apparently, Varun and Natasha are planning to get married in May this year. It will be a grand summer wedding, spanned over a week, with all the events including Mehendi, Sangeet and Reception—and mostly in Goa at a luxury hotel or beach resort, the way his brother Rohit had got married eight years ago to Jaanvi at Park Hyatt in Goa. A few Bollywood bigwigs have been informed to keep some dates between the second and third week of May for Varun and Natasha’s wedding free, though those dates too are being a closely guarded secret. But it won’t be a secret wedding like Deepika Padukone and Ranveer Singh. For Varun’s wedding, it will be band, baaja and baraat for Bollywood!”

Rohit’s wedding was a grand one where David’s friends turned up – including Ranbir Kapoor, Arjun Kapoor to his feet, Rishi and Neetu Kapoor, Sanjay and Manayata Dutt, Fardeen Khan, Anil Kapoor and many more. Varun’s one is expected to be one too, with all his (and David and Rohit's) Bollywood star friends, producers and directors expected to attend his wedding, from Sidharth Malhotra, and John Abraham, Karan Johar, Anil Kapoor and his family, Boney Kapoor, Arjun Kapoor, Ranveer Singh, Salman Khan and others. Lali, Natasha, Jaanvi are all sorting out the guest list. It’s a hush-hush plan which only a few close friends know about. For Rohit’s wedding, David’s wife Lally had already sent out e-invites asking people to block their dates from February 10 -12.”

The month of May is a crucial one for the Dhawan family. While Varun’s Street Dancer 3D releases this month, Coolie No.1 directed by David Dhawan is releasing on May 1. The source adds, “It’s a big and very important film for David, Varun and Rohit as they are producing it too with Vashu Bhagnani. They will pull out all the stops for the marketing and promotion of the movie from March onwards and once it releases, there will some time on everyone's hands to throw a wedding. Varun’s birthday is on April 24 and his wedding date may be announced on that day as it’s a special day. Though Varun has signed Shashank Khaitan’s comic thriller, Mr. Lele, which may start in March, he may get some time off in May, post the release of Coolie No 1. Apparently, Varun is working around those dates so he can take some time off and get married and then go for a honeymoon. Designer Manish Malhotra, who is very close to Varun and his family, may design his wedding outfit. Natasha is an extremely talented designer who owns Natasha Dalal Label which specialises in bridal outfits so she may design her own wedding one.”

There have been talk of Varun and Natasha’s wedding happening in 2020 as he has had a very busy last year. The school friends, who started dating each other when they were in their mid-20s and then realised that there were more than just good friends. Varun has always maintained that Natasha is his rock, anchor and the stabilizing factor in his life. Last year, there was buzz that the two had secretly gotten engaged in a private ceremony and they exchanged rings, the year before, with only family members being present. When there were reports of a December 2019 wedding, Varun had denied them saying he wasn’t getting married that year. A 2020 wedding seems more likely, given that Varun is ready to settle down.

Also Read: Varun Dhawan reveals he had a childhood crush on Shraddha Kapoor