The meme shared by Vivek Oberoi on his official Twitter handle has blown into a major controversy with many women organizations expressing their disappointment over the actor’s actions. The actor shared a meme that was a funny take on Aishwarya Rai Bachchan's past relationships including the one with Vivek. However, it stirred up a whole new controversy besides the ongoing controversy about his film, PM Narendra Modi. Maharashtra State Commission of Women, amongst many others, has reportedly not taken lightly to the post! 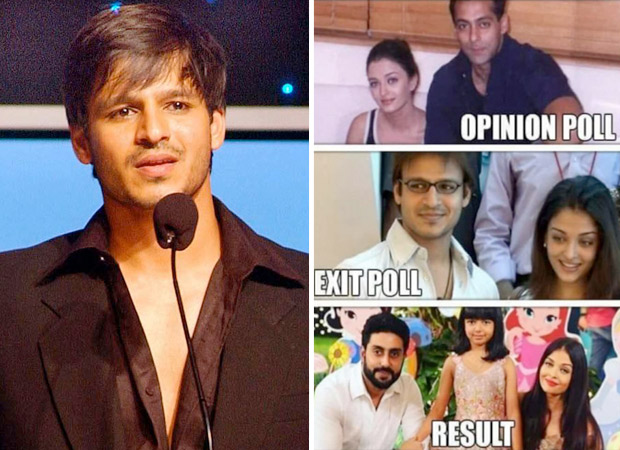 If reports are to be believed, MSCW has decided to take serious action against Vivek Oberoi calling it as a comment made in bad taste and disrespecting women. Interestingly, a day ago, the NCW (National Commission for Women) too sent a legal notice to actor over the Aishwarya Rai Bachchan meme which also featured Salman Khan and Abhishek Bachchan.

Readers would be aware that Vivek Oberoi has been facing the wrath of netizens who too trolled the actor for sharing the meme. Besides them, even his colleagues and industry fraternity members like Sonam Kapoor and Anupam Kher too called out the actor as they found the meme disgusting and distasteful.

On the other hand, followed by the major uproar caused by his meme, Vivek decided to not just apologize but also took down the post from social media.

Apart from this, Vivek Oberoi was also in news for his legal battle with Election Commission that refused to allow the release of PM Narendra Modi during elections. The commission observed that it was a propaganda film and hence scheduled the release of the same only after the elections were conducted in all states.

Also Read: BREAKING: NCW sends notice to Vivek Oberoi for his offensive meme on Aishwarya Rai Bachchan, while he refuses to apologize