Akshay Kumar, on Thursday, launched the trailer of India's very own space mission film Mission Mangal with his team of space scientists including Vidya Balan, Sonakshi Sinha, Taapsee Pannu, Kirti Kulhari, Nithya Menen, and Sharman Joshi. While the multistarrer is set to release on Independence Day, the film will be facing off with two films - John Abraham's Batla House and Prabhas starrer Saaho. 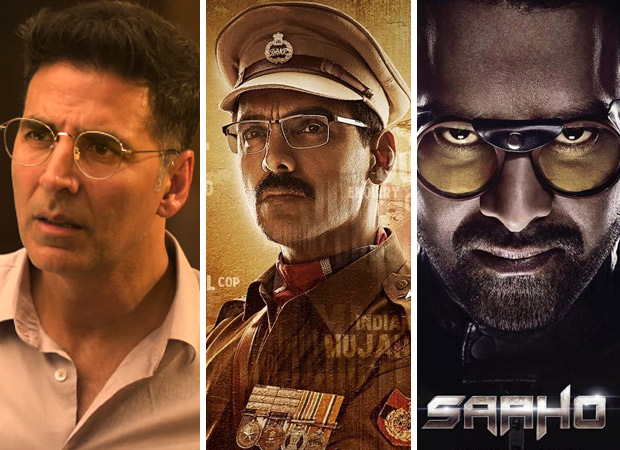 Speaking about the same at the trailer launch event, Akshay Kumar talked about why in future it will become a major problem with many films clashing at the box office. The actor said, "In a year, more than 180 Hindi films release and then there are about 30 to 40 Hollywood films as well so there would be a lot of congestion. In the future, there will be more problems as maybe at that time four to five films may clash at the same time. There is no element of surprise in this and we should not blame anybody or blame each other and just go along with it."

Mission Mangal is an incredible true story based on a Mars mission accomplished by a team of scientists at India’s Space Research Organization (ISRO). While we know who is playing which character, we are waiting to watch the trailer to see how this team comes together to achieve a seemingly impossible task of reaching Mars in India’s maiden attempt, making it the only country in the world to set this record.

When asked why he encourages more patriotic films, Akshay said, "If such a great script comes to me, how can I not be a part of it? There is such a great cast. Bringing five female actors together was such a difficult task. I had to do the film."

Mission Mangal is based on a true story. This is director Jagan's first film. I have known him for a very long time. He used to assist AR Murugadoss and R Balki too. He is the guy who brought the story to me and told me all about ISRO. I don't know if our film will be a hit or not, but as I have told all my colleagues, we will always be very proud of the film. I have done around 150 films, but this is the film I am most proud of," says Akshay Kumar.

ALSO READ: BREAKING: Mission Mangal’s trailer to be unveiled at a GRAND EVENT in Mumbai on July 18; trailer to be attached with The Lion King