Akshay Kumar, on Thursday, launched the trailer of the much-awaited space film Mission Mangal with his team Vidya Balan, Sonakshi Sinha, Taapsee Pannu, Kirti Kulhari, Nithya Menen, and Sharman Joshi. During the trailer launch, the actor was questioned about the controversy that happened between Kangana Ranaut and PTI journalist Justin Rao. 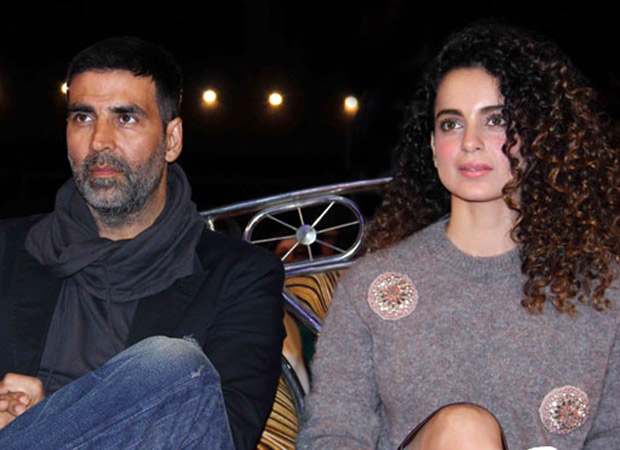 Speaking to the media during the trailer launch, Akshay Kumar said, “Humein aapki bahut zarurat hai (We all need you). The relation between media and an actor is very deep; like husband and wife. There will always be some nok-jhonk [tussle]. I just hope that it gets resolved because we need you [media] a lot.  It is only through you that whatever I have to say reaches the people and vice versa. I hope this misunderstanding gets solved. I am not too clued in into this matter because I was in London. It is unfortunate, but I hope everything gets solved.”

A few days ago during JudgeMentall Hai Kya song launch, Kangana Ranaut ended up in a feud with PTI journalist for bashing Manikarnika. When the journalist introduced himself during Q&A, she said, “You were bashing Manikarnika. Have I done anything wrong by making a film on nationalism? You called me a jingoistic woman who is making a film on nationalism.”

To which the journalist replied, “You cannot intimidate a journalist because you are in a power position."