The makers of Rajkummar Rao starrer Made In China recently dropped a super interesting first look of the film, giving audiences a sneak peek into the world of its lead protagonist - Raghu Mehta played by Raj. Joining him on his entrepreneurial endeavor are Boman Irani, Mouni Roy, Sumeet Vyas, Gajraj Rao and Paresh Rawal playing crucial aspects of his jugaadu journey. 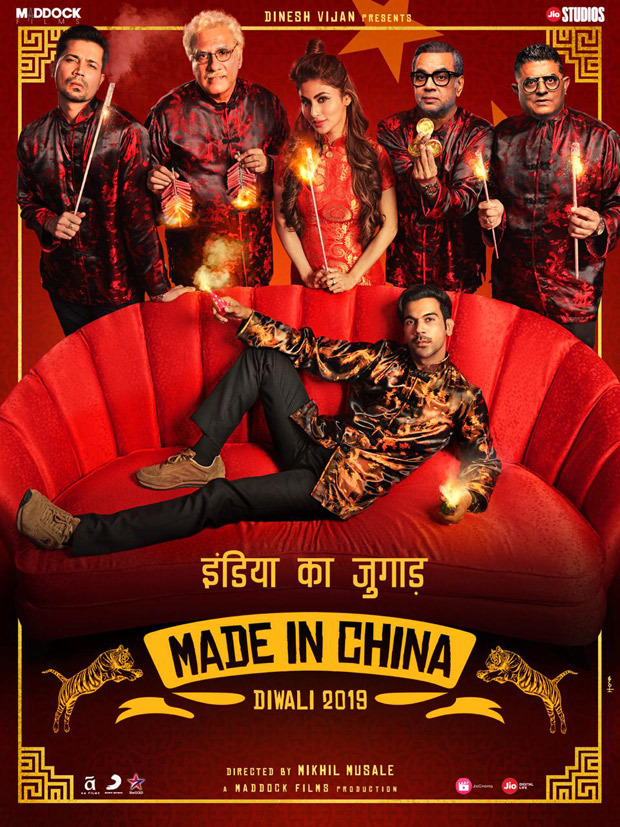 Produced by Maddock Films in association with Jio Studios, the film reunites the powerhouse trio - Dinesh Vijan, Jio Studios, and Rajkummar Rao after the success of their 2018 horror-comedy - Stree. Known for churning out content-driven cinematic experiences, Maddock Films is set to raise the bar even higher with the hilarious, honest and heartwarming story of an small time Gujarati businessman who dreams big and never gives up. With Jio Studios backing the project after their previous successful ventures together, the team promises audience yet another content-driven yet commercially viable big-screen experience.

Talking about collaborating with Raj and Jio Studios yet again after the success of Stree, producer Dinesh Vijan says, "I’m a strong believer that certain energies gravitate towards each other and it’s been an amazing association with Jio studios and Rajkummar! When we started Stree, we didn’t imagine what a strong and fruitful relationship this would be. At Maddock, we have always believed in bringing forth cinema that is strong and socially relevant, while still being commercially viable and entertaining. I’m happy to have found like-minded people in this journey, and I hope too that our association grows from strength to strength."

Unearthing a different facet of their association, actor Rajkummar Rao says, "Stree and Made In China despite being completely different genres of cinema, needed a solid framework to put it out there effectively. It's great to work with Dinoo and Jio Studios who not only understand diverse offerings but also put their might behind telling stories that matter. I am so glad Dinoo made me a part of Made In China and I got an opportunity to play such a wonderful character, Raghu. All of us know the strife of a young, small-town entrepreneur who's trying to make it big. So each of us gravitated to the subject quite naturally. I'm proud to say that as a team, we have tried to do our best to do our bit and personify the soul of Mikhil's vision with utmost honesty and thereby make the Diwali viewing experience for our family audience, a fruitful one."

After having built this level of anticipation and intrigue among audiences with their incredible motion poster, Maddock Films in association with Jio Studios are all set to launch the trailer of Made In China in 2 days - on Sept 18.