It's been more than a year since we last saw Shah Rukh Khan on the big screen. His last film, Zero, wasn't a box office hit and he even exited the Rakesh Sharma biopic. Meanwhile, last year, he shot for a cameo in Brahmastra that stars Alia Bhatt and Ranbir Kapoor. 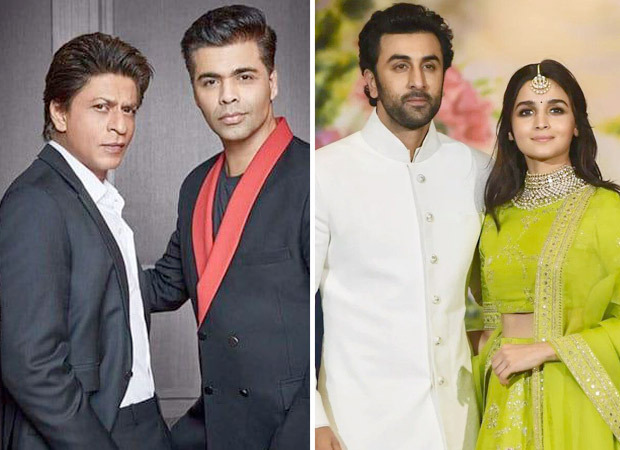 Speaking of his role, Karan Johar recently said that he didn't want to reveal anything about his character but he along with Alia, Ranbir and Ayan Mukerji are extremely grateful for him coming on board and sharing his visions and inputs. He said that the energy that SRK brings with him on set is unparalleled.

Karan Johar also said that they will announce the release date of Part 1 of Brahmastra really soon. Speaking of the franchise, Karan also teased that Ayan Mukerji has the structure of both parts ready along with the writing part that is firmly in place. He said that Ayan has been working on it every single day for the last five years. He further said that this is Ayan's brainchild and that he received tremendous support from Alia, Ranbir, and Amitabh Bachchan. Karan Johar concluded that he has seen Ayab Mukerji work and create something that Indian cinema has never seen before.

SRK has previously worked with Ranbir Kapoor in Ae Dil Hai Mushkil which was helmed by Karan Johar. The superstar had a cameo as he played Aishwarya Rai Bachchan's ex-husband. Meanwhile, Alia and SRK worked in Gauri Shinde's Dear Zindagi followed by Alia's cameo in Zero.

Brahmastra, produced by Dharma Productions, is scheduled for summer 2020 release.

ALSO READ: Shah Rukh Khan reiterates religion is not discussed in his household