Kangana Ranaut has been the talk of the B-town for all the wrong reasons since long now. Kangy shot to fame after winning the National Award back to back for two years but then her popularity was marred by different controversies she got herself embroiled in. She took on Bollywood’s powerful men Karan Johar, Hrithik Roshan, Shekhar Suman among others. Recently, controversy’s favourite child is in the news again and this time for her upcoming film, Manikarnika. So, Kangy is playing the valiant Rani Laxmibai in the biopic and has shot half way through it. There have been rumours that the makers have run out of money and therefore have postponed the release of the film. 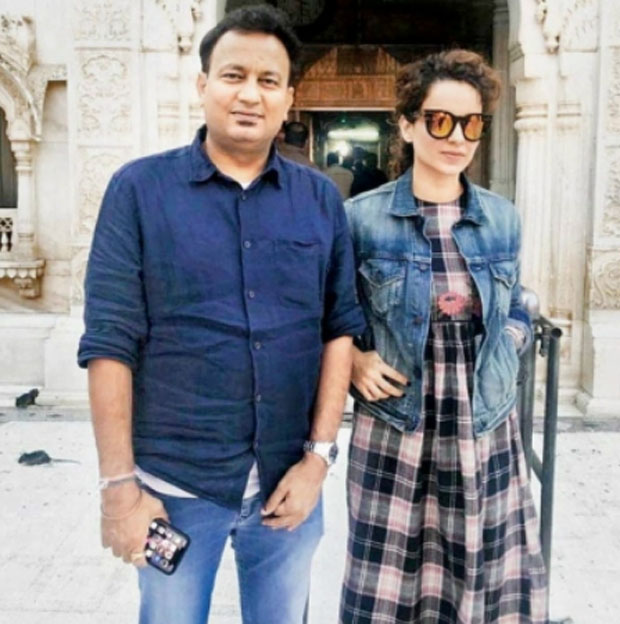 To add to her troubles even more, Kangana Ranaut is facing ire of right wing Hindu group, Bramhin Mahasabha, for her supposed objectionable scenes in the flick. According to them, her character Rani Laxmibai has romantic scenes with a British official from East India Company which insults the history, apparently. The activists have demanded that the writers submit a full copy of the script, make changes if necessary and only will they allow them to release the film. This is too similar to Padmaavat controversy isn’t it? Any actor would get super upset with these developments but Kangana has maintained a stoic exterior and have reassured the media that the movie won’t be affected by these issues.

Internally though it looks like she is waiting for a divine intervention to happen and wash over her troubles! Therefore perhaps she was snapped outside Karni Mata Temple in Bikaner with her producer Kamal Jain.