Two years ago, Irrfan Khan last appeared on the big screen in Akash Khurana's Karwaan. It's been a long wait since then. As he awaits the release of Angrezi Medium, Irrfan still battles a dreadful illness and has kept himself away from the promotions. The audience are eager to have him back nevertheless, and this will get Irrfan's another unreleased film Apno Se Bewafai to hit the theatres too. 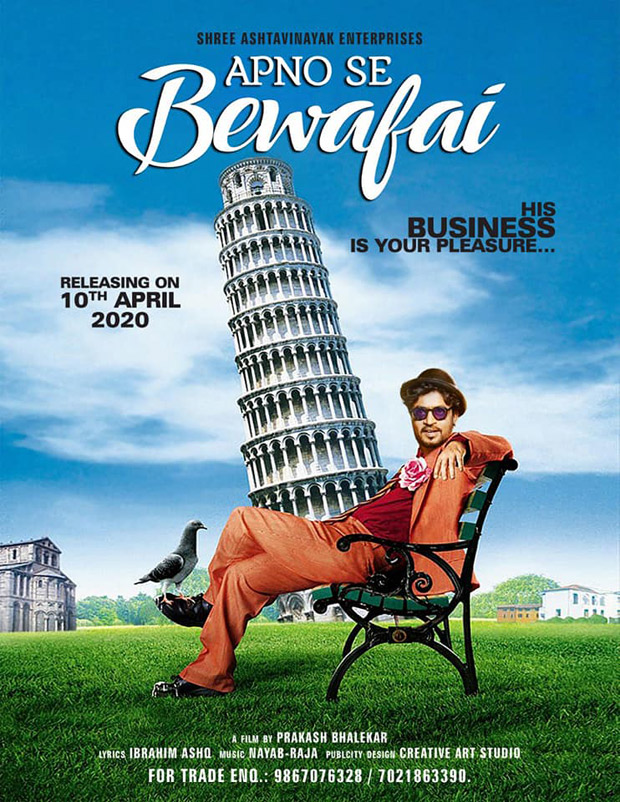 The film was completed nearly two years ago, but never saw the light of the theatres. Was it only the financial constraint that caused the delay? “Irrfan sir fell sick, and to still go ahead and release the film did not look like a good plan to us. The financial issue was minor. This was the primary reason. Otherwise it would look wrong on a humane ground,” Bhalekar answered, adding that they did bear some loss but did not want to take advantage of Irrfan’s illness and earn money. 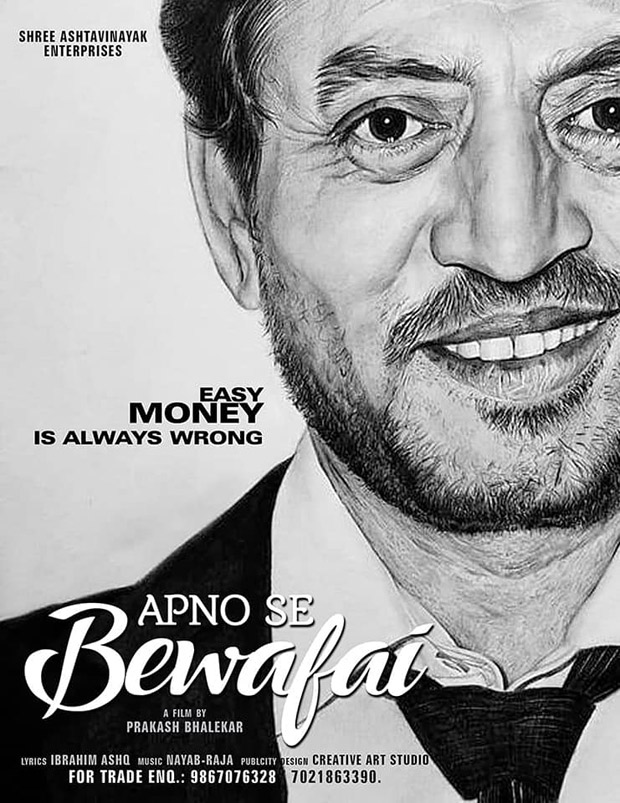 Irrfan Khan recently shared an emotional audio note, letting everyone know that he would not be able to be a part of Angrezi Medium promotions. In that case, there’s no way he is going to promote Apno Se Bewafai either. “Same problem here. He is actually ill. His health issue is grave. We pray to god that he recovers quickly. It is his film, he has done a splendid job,” he tells us, and says the other new actors of the film will all promote it.

With Sooryavanshi scheduled to release soon after his film (although there are chances of it getting delayed now), it is not wrong of us to assume that Apno Se Bewafai would get a tough time cracking the box office. But Bhalekar begs to differ. “Irrfan has a different audience of his own. His films aren’t just commercial, they bank on their subject. This film is no exception. People who want to watch the film, will watch it anyway,” he says.

And finally, we ask him what are his plans, given that the Coronavirus scare has taken over Bollywood too, and film releases as well as trailer launch events are being delayed one after another. “Like a man needs food in order to survive, he also needs films for entertainment. If not hundred, fifty people will go and watch it. Films are the next essential thing after ‘Roti, Kapda Aur Makaan’. Coronavirus might be a problem, but where do people release their own stress?” he laughs.

Also Read: Irrfan Khan says he forgot how to act before shooting for Angrezi Medium