Renowned South star Jiiva is all set to play the role of former Indian cricket captain Krishnamachari Srikkanth in the Kabir Khan film, '83 that stars Ranveer Singh as Kapil Dev. Just a few days ago, it was revealed that the Punjabi star Ammy Virk will be seen essaying the role of Balwinder Singh Sandhu. 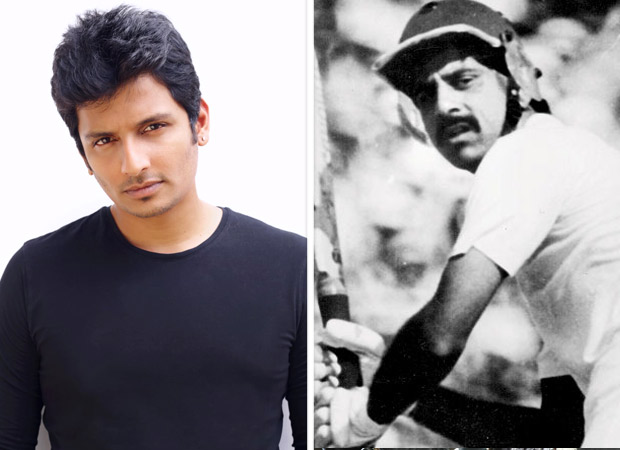 Interestingly, South star Jiiva is expected to go undergo some intense prep for the forthcoming sports film. A source close to the actor said, “Jiiva has to lose 7 kg to look lean and young to play the part of Srikkanth. He has already kick started the physical training and to ace the cricketing style of former Indian captain, Jiiva has started watching all the videos of Srikkanth from the '83 World Cup which will help him to pick up the nuances of batting correctly like Krishnamachari Srikkanth.”

The producer of the film, Madhu Mantena shared his views on casting his favourite actor Jiiva for this special role saying, "I have been a huge fan of Jiiva since the time I saw one of my "favourite films with him called KO. I have always wanted to remake it here in Hindi. It’s awesome that finally, I am getting a chance to work with him. I can’t think of anyone better to be able to do justice in playing Srikkanth on the big screen"

Tracing the historic victory of 1983 World Cup, this Kabir Khan directorial has generated immense excitement amongst the audience to witness the magnificent event to be recreated on the silver screen.

Earlier, the makers hosted an event to announce the film along with the entire former team that lifted the world cup in 1983. The film will be shot at real locations and will be going on floors early next year.

Shouldered by the then captain Kapil Dev, who led the Indian cricket team to its maiden World Cup win, 1983's World Cup stays to be one of the most etched events in the minds of the cricket fans. Presented by Reliance Entertainment and produced by Madhu Mantena, Vishnu Induri & Kabir Khan, ’83 will be releasing on April 10, 2020.