Singer-actor Diljit Dosanjh, who is a sensation in Punjab, made his Bollywood debut in 2016 with Udta Punjab which starred Shahid Kapoor, Alia Bhatt and Kareena Kapoor Khan. After his impressive debut, the actor went onto star in Phillauri and Soorma. With Arjun Patiala and Good News this year, the actor will be starring in yet another comedy alongside Yami Gautam. 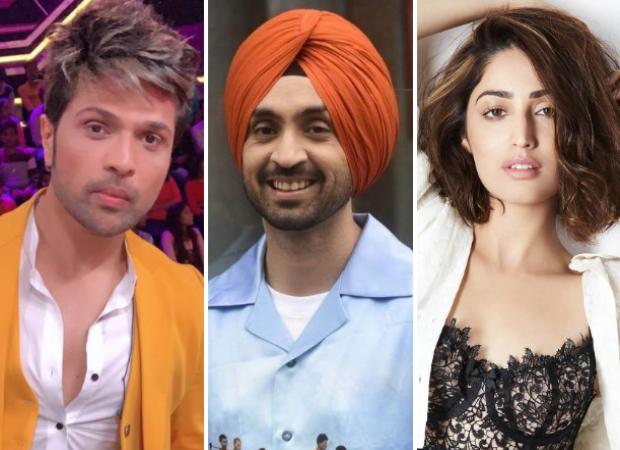 The upcoming comedy will mark the directorial debut of Aziz Mirza’s son Haroon Mirza and will be produced by Ramesh Taurani. The film will also be the first time Diljit and Yami would be paired together. Now, it has been learnt that Himesh Reshammiya will compose music for the upcoming comedy.  Himesh has been focusing on his acting along with his music. It will be after 2018 film Genius, he will compose music for a film.

Meanwhile, Diljit Dosanjh will be starring in Arjun Patiala along with Kriti Sanon and Varun Sharma. Gulshan Kumar and Prem Vijan present, a Maddock Films production in association with T-Series and Bake My Cake Films, Arjun Patiala is directed by Rohit Jugraj and produced by Dinesh Vijan, Bhushan Kumar, Sandeep Leyzell and Kishan Kumar. The film is all set to release on July 26, 2019!

On the other hand, Yami Gautam will be next seen alongside Vicky Donor co-star Ayushmann Khurrana and Bhumi Pednekar. It is scheduled for November release.

ALSO READ: Diljit Dosanjh and Yami Gautam roped in for a comedy produced by Ramesh Taurani