One of the most exciting debuts that happened this year was of Siddhant Chaturvedi in Gully Boy. Audiences were in for a surprise as they went to see majorly the chemistry of Ranveer Singh and Alia Bhatt. But they not just got what they signed up; the stellar performance of Siddhant was like 'sone pe suhaga'. 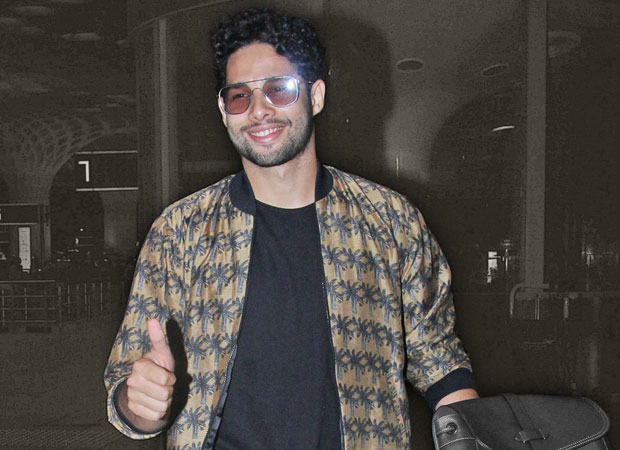 It's been nearly six months since the release of this Zoya Akhtar musical but no announcement has been made regarding his next film. In between he voiced Chris Hemsworth in the Hindi dubbed version of Men In Black: International. The wait however is now over. We have learnt that Siddhant Chaturvedi has bagged the sequel of Bunty Aur Babli! He will be seen in the leading role as the conman in this comic caper.

And that's not all. He has also signed a three-film deal with Yash Raj Films (YRF), the producers of Bunty Aur Babli 2. The actress opposite this dashing actor however is not yet known. Even the director's identity has been a mystery and it's unlikely that Shaad Ali, who directed the first part, will be helming the sequel too.

Bunty Aur Babli's first part starred Abhishek Bachchan and Rani Mukerji and was a huge success. Audiences enjoyed the manner in which the couple cons people across North India and also the performance of Amitabh Bachchan, who plays a reclusive cop. The songs, especially the item song ‘Kajra Re’ featuring Aishwarya Rai Bachchan was like the icing on the cake. Even on television, this 2005 film is popular. Hence, the sequel will surely generate excitement and in other words, it will serve as a huge career boost for Siddhant Chaturvedi.

The official announcement is expected to happen in a few days.