Post the stunning box office success of the John Abraham – Manoj Bajpayee starrer Satyameva Jayate, the makers of the film Nikhil Advani and T-Series have come together for yet another venture. While their earlier outing was a gritty actioner, the next will see the Ek Villian pair of Sidharth Malhotra and Riteish Deshmukh teaming up after their 2014 cinematic outing. If that wasn’t all, we hear that the two have already commenced work on the project pretty recently at a suburban studio. 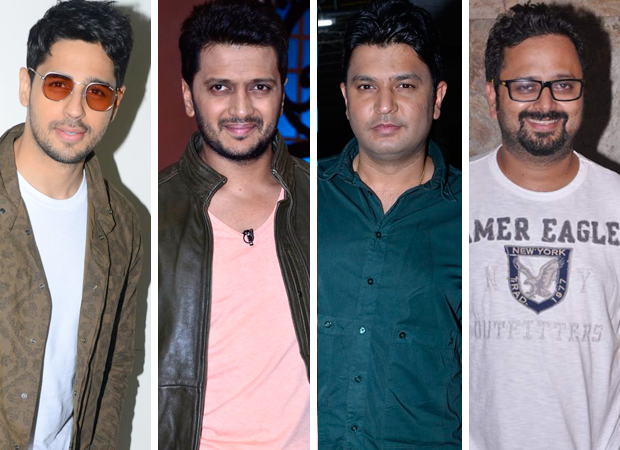 Commenting on the same a source close to the project added, “Sidharth Malhotra and Riteish Deshmukh shot for their respective posters of the yet untitled venture. While Sidharth sported a gritty look in ripped denims, dishevelled hair and a ganjee, Riteish, on the other had, arrived only post 3PM for his shot.” When quizzed for more details on the venture, the source went on to say, “As of now it is still uncertain whether the film will be a comedy or an action entertainer. But given Sidharth’s look from the recent shoot, it is safe to assume that there will be some action in it. However, there are no more details on the story of the film.”

The project will apparently be directed by Milap Zaveri.

Also Read: EK VILLAIN sequel on the cards: Karan Johar joins hands with Ekta Kapoor for the second part of the romantic thriller