Considering the success the romantic thriller Ek Villain tasted in 2014, the makers were always keen on a sequel to it. And of course, media reports fuelled up further speculations about the second instalment. The latest on that front is that the sequel is indeed going to happen and this Karan Johar will be a part of it. 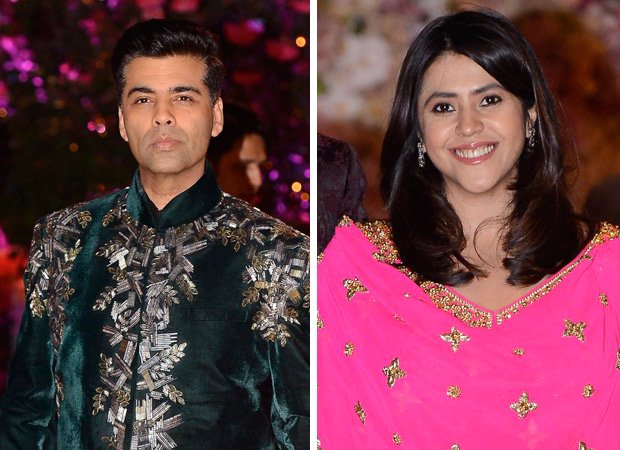 EK VILLAIN sequel on the cards: Karan Johar joins hands with Ekta Kapoor for the second part of the romantic thriller

Our sources have it, that Karan Johar will be teaming up with Ekta Kapoor for an Ek Villain sequel. Furthermore, while Ekta will be a producer under her Balaji Motion Pictures banner like in the prequel, Karan will be presenting the film under his banner Dharma Productions. We hear that besides this, Mohit Suri will be directing the sequel too.

It is being said that the Ek Villain sequel is in its initial stages. The cast and the other details are yet to be finalized. The official announcement will be made once the scripting is finished.

On the other hand, few months ago, we had reported that Sidharth Malhotra, Ekta Kapoor and Mohit Suri were coming together for a film. While rumours of it being a sequel to Ek Villain were denied, it was learnt that the said film will be a love story. While the leading lady wasn’t announced, sources had claimed that it was a small town love story with edgy characters. But there has been no progress about the film since then.

As for Ekta Kapoor, she is currently riding high on the success of her girl gang film Veere Di Wedding. The success of this film, featuring Sonam Kapoor, Kareena Kapoor Khan, Swara Bhaskar and Shikha Talsania in lead roles, was a light hearted chick flick that opened doors for a new genre that is yet to be explored well in Bollywood.

Also Read: Karan Johar talks about how Yash and Roohi changed his life, coping with father’s demise, mom Hiroo’s support and why he made Kabhi Khushi Kabhie Gham