Diljit Dosanjh and Kriti Sanon are all set to come together for the comic caper Arjun Patiala. While the film’s shoot was wrapped up recently, we hear that the release of the same has been pushed further. Although the announcement on the new release date is yet to be made, it seems that the release schedule of the film in all probability will undergo a change. 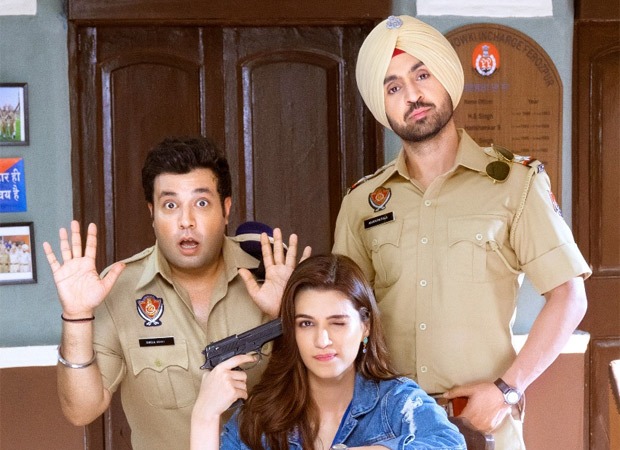 A source close to the film confirmed the development stating that the film may be delayed and an announcement about the new release is expected to be made by sometime next month. On the other hand, further details on the reason for the delay etc. haven’t been divulged as yet. It is also being said that Arjun Patiala, which was expected to release in September, may only be pushed by a month and may release in October. However, there has been no confirmation on these details.

Besides Diljit Dosanjh and Kriti Sanon, the film will also see the latter reuniting with her Dilwale co-star Varun Sharma. The film will see her essaying the role of a news-hungry TV reporter. On the other hand, it will see Diljit and Varun Sharma in the role of cops. Besides the fun trio, the film also has Sunny Leone in an interesting cameo.

While she will add some peppiness to the music album of Arjun Patiala, let us tell you that Sunny Leone also plays an interesting role in this film set against the backdrop of Punjab. The actress essays the character of a small-town beauty parlour owner in the film.

Produced by Dinesh Vijan and directed by Abhishek Chaubey, the film has been shot in varied locations across North India.