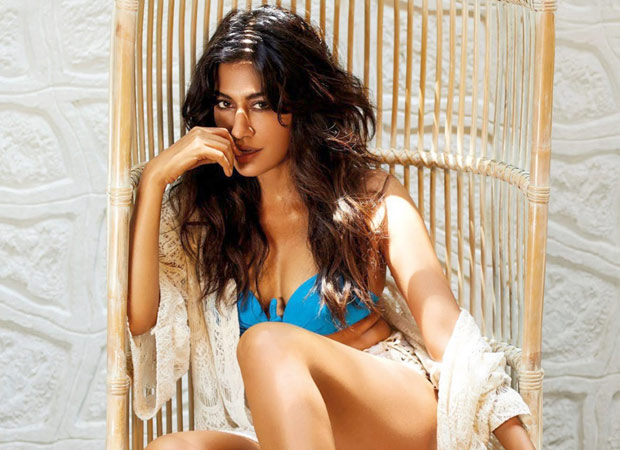 After a special item number appearance in Gabbar Is Back, we are yet to see Chitrangda Singh on the big screen. After walking out of Babumoshai Bandookbaaz, the actress has now decided to start a new innings in Bollywood and her first film after that is with none other than Sanjay Dutt. Directed by Tigmanshu Dhulia, Chitrangda Singh is a part of Saheb, Biwi Aur Gangster 3 and she has already joined the rest of the cast in Rajasthan to shoot for her part.

Earlier we had reported that the cast and crew of the film has already kick started the suspense thriller franchise with a royal backdrop in Jodhpur. With Sanjay Dutt playing a royal prince, Chitrangda Singh too will be seen as a Rajasthani girl. Speaking on the same as well as the location there, the actress said, “We are staying in a 300-year-old fort and there's so much history here. It's a different world altogether. I play a Rajasthani girl in the film and that shows in my outfits and the way I speak. The look is not urban so we had to work on the costumes carefully. I also had to take some dance lessons as part of my prep to get the traditional moves right," unveiling details.

The actress started shooting in Bikaner for Saheb Biwi aur Gangster 3 in September. Talking about her happiness of reuniting with Tigmanshu, Chitrangda also stated, "Tigmanshu and I were supposed to work together way back in 1997, when he was making his first film, Haasil. Somehow, that didn't work out. If it had, it would have probably been my first film instead of Hazaaron Khwaishein Aisi. Today, neither of us recalls why the collaboration didn't work out then. Tigamanshu is extremely edgy and I like his style of filmmaking.”

On the other hand, talking about shooting in Jodhpur, Chitrangda also shared an intriguing fact about her life that is associated with the city. Very few may be aware that the actress born in Jodhpur and with this film, she has got a chance to revisit her roots since she is shooting there. "My mom told me about the army hospital where I was born and even remembers the room number. I saw the place and it felt special. Then, I also got to know that I had almost been named Jodhabai. According to my mother, the lady who was looking after me at the time had taken to calling me Jodhabai. Thank God mom didn't go by her suggestion,” she added.

As for her other films, she will also be seen in Saif Ali Khan’s Baazaar as the modern, urban chic Mandira. “Mandira is a city girl, her body language conveys confidence. It's an interesting film on the stock market," mentioned the actress.

Chitrangda Singh has also turned producer with the Diljit Dosanjh, Taapsee Pannu starrer Sandeep Singh biopic and will also be co-producing a film with Anees Bazmee, to be directed by filmmaker Abhishek Dogra.