Bigg Boss 12 is in its final lap as this is the last month that the controversial reality show will be on. The contestants have already reached the semi-finals and by the looks of it, all the weak contestants have been already eliminated from the show. Megha Dhade and Jasleen Matharu were evicted from the show on the weekend after getting low votes consistently from the masses. Now, this week around, there is a lot to look forward to. For one, there are the weekly eliminations and secondly, Shah Rukh Khan is set to come this weekend to promote Zero with Salman Khan. Now we all know that Salman and Shah Rukh make sure to promote each other’s films and do sweet bromantic gestures for each other all the time. After a special appearance in Zero, Salman will now promote the movie on his own show. Now, we are waiting for some teasers from the episode so that we get an idea of what’s in store for us! 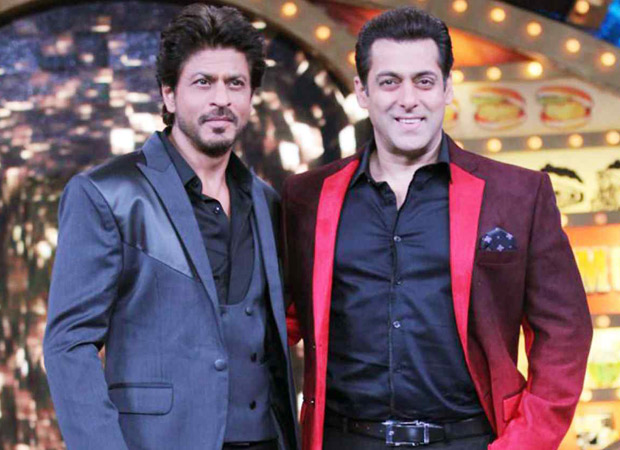 Shah Rukh Khan is leaving no stone unturned to make sure that he is promoting his movie well. After all, the success of Zero is extremely crucial for him. He was last snapped at the high profile Ambani wedding where he shook leg with his wife Gauri Khan at the Sangeet night. Salman Khan too was present and just to complete the holy Khan trinity, Aamir Khan made an appearance on stage!

Salman and Shah Rukh’s episodes are always filled with a lot of camaraderie and fun. This episode will be no different. Stay tuned to find out.