The 1983 Cricket World Cup is one of the most important chapters of Indian history. Every Indian is proud of the way our cricket team managed to defeat West Indies, then the most powerful cricket team on the earth. A film on this topic can be clearly a winner. Hence, expectations have been huge from the time '83 was launched with much fanfare. The casting of Ranveer Singh as the then cricketer Kapil Dev added to the hype. Today, it is considered as one of the most awaited films of Bollywood and is also expected to be a huge box office grosser. 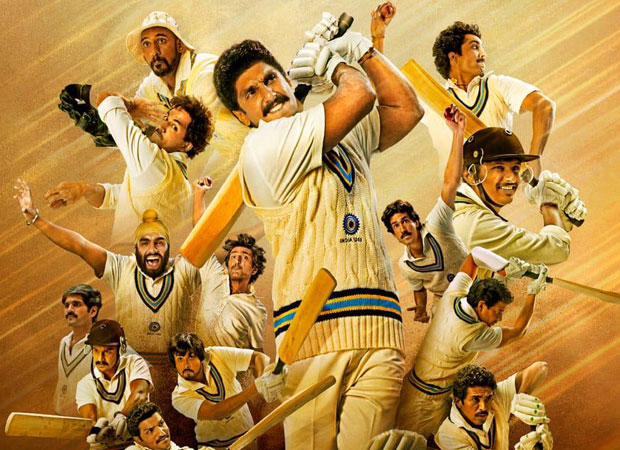 '83 releases on April 10 and as it happens nowadays with most biggies, it's trailer will be out around a month before. A source close to the project says, "The theatrical trailer of '83 will be launched on Wednesday March 11. The makers feel a one-month promotional window is more than enough for this film that's already been keenly awaited by a large section of moviegoers."

That's not all. The trailer launch is expected to be one of the most exciting events of the year. The source adds, "The trailer will be launched on a very grand scale at the sprawling MMRDA grounds in Mumbai. Fans will also get a chance to be a part of this event. All actors of the film and their real life counterparts will grace the occasion as well. And of course, actor and co-producer Deepika Padukone, will also join but there's no information if Romi Dev, whom she essays, will also make it to the event. Finally, there will also be director Kabir Khan and the producers of '83."

The source continues, "Usually, trailer launches take place in a multiplex screen. But then '83 is not just another biggie. The makers are kicked about the film and want to go all out in promoting it. Even the poster launch in Chennai was a grand affair. The trailer launch would be even bigger spectacle!”

Meanwhile, reports also claim that the trailer of the film will be attached with Irrfan Khan starrer Angrezi Medium, which releases on March 13. But there has been no confirmation on this bit yet.