Salman Khan is presenting the film Loveratri which marks the debut of his brother-in-law Aayush Sharma and Warina Hussain. The film promotions are on in full swing and it majorly focuses on Navratri festival. Now, it seems like the film has again landed in a legal soup. Bihar's Muzaffarpur court has directed the police to lodge an FIR against actor Salman Khan and the lead actors Aayush Sharma and Warina Hussain for hurting Hindu sentiments. 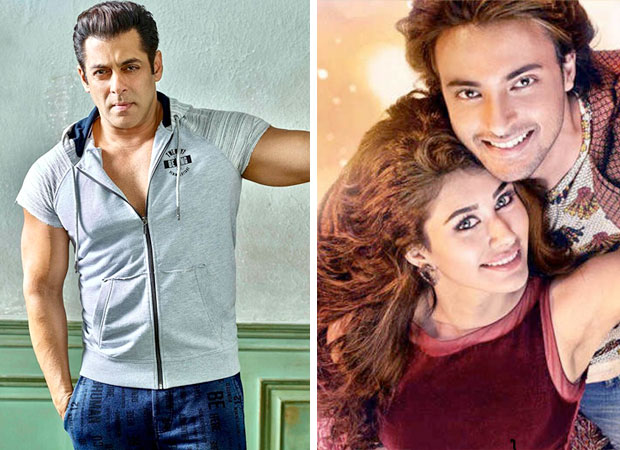 ANI News, on Wednesday, tweeted, “Bihar’s Muzaffarpur Court gives orders to file FIR against Salman Khan and 7 other actors after a complaint was filed by an advocate against him and his production ‘Loveratri’ alleging that the title of the film hurts Hindu sentiments.”

The reports state that the Sub Divisional Judicial Magistrate (East) Shailendra Rai has directed Mithanpura police station to lodge an FIR against the cast and crew of Loveratri and Salman Khan. The complaint was filed by advocate Sudhir Kumar Ojha. The advocate claims the title of the film is meant to make fun of the auspicious festival of Navratri. Also, that the film will hurt sentiments when it releases on October 5. The complaint reveals that after watching the promos of the film, they think it contains a lot of vulgarity.

The complaint against Salman Khan and Loveratri actors was lodged last week by Ojha under IPC sections 295 (injuring or defiling place of worship with intent to insult the religion of any class), 298 (uttering words etc. with deliberate intent to wound the religious feelings of any person), 153 (wantonly giving provocation with intent to cause riot) 153B (imputations, assertions prejudicial to national integrity) and 120B (criminal conspiracy).