Kangana Ranaut is soaring high on the success of her last release, Manikarnika: The Queen Of Jhansi. On Sunday, the actress threw a success bash for the film. During the press conference, the actress spoke at length about the film's success, the current condition between Pakistan and India and called out many actors for not taking a political stand. Many stars and producers chose not to release their films in Pakistan after the deadly attack in Pulwama, Kashmir that killed 40 CRPF soldiers. After that, Kangana advocated the destruction of Pakistan after the Pulwama attack. 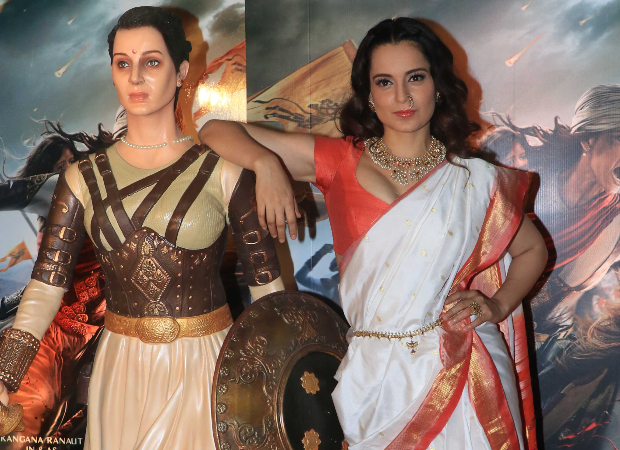 At the success bash of Manikarnika, Kangana Ranaut suggested Indian films could be stopped altogether from releasing in Pakistan in future. Asked about Manikarnika's release in the neighbouring country, she said, "When a film is distributed, they have the digital copy. (But) You can stop future releases."

To get it back from them, we will have to send the army, which we had sent by air. But they didn't get my DCP back," she quipped in reference to Indian Air Strikes that destroyed Jaish-e-Mohammad terror camps in Balakot in Pakistan on February 26. This was the second surgical strike India conducted against Pakistan.

When asked if she would do the same and not release her films, Kangana added, "It's not that it (Pakistan) is a very big territory. It's almost insignificant".

Talking about Manikarnika releasing in Pakistan, she said, "The distribution and the trade were going like that... Obviously, I am not the minister in-charge of the trade of how things are happening in the country. But if you ask me, the sentiment of the country is very important, of the jawan families. Is it (not releasing Indian films in Pakistan) significant statement? No. These are just small steps. But if that's all we can do, we should."

On the work front, Kangana Ranaut was last seen in Manikarnika – The Queen Of Jhansi. She will be next starring in Mental Hai Kya and Panga.