Starting January 14, Amazon Prime Video brings to its service the blockbuster action thriller Pushpa: The Rise-Part 1, in Hindi. Written and directed by Sukumar and produced by Mythri Movie Makers and Muttamsetty Media, the film stars Allu Arjun in the titular role along with Rashmika Mandanna and Fahadh Faasil in pivotal roles. The mega-entertainer which has garnered accolades from fans and critics alike, is already streaming in Telugu, Tamil, Malayalam, and Kannada on the streaming service for Prime members in India and more than 240 countries and territories worldwide. 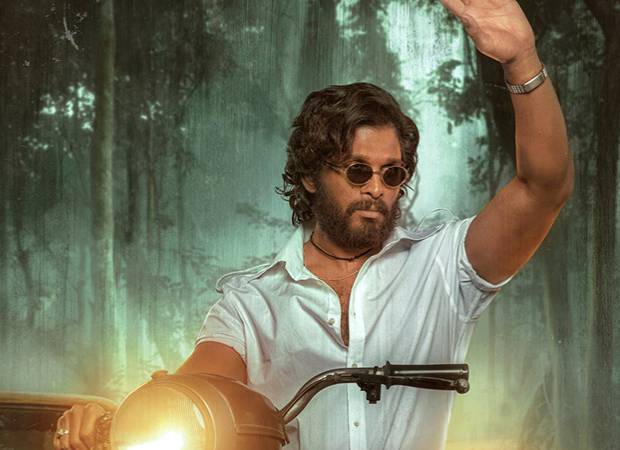 Get set for this galvanizing and intensely wild ride, deep into the Seshachalam forests with lorry driver Pushpa Raj—essayed by Allu Arjun. Pushpa: The Rise- Part 1 chronicles the fight of good against evil in a fast-paced, gripping narrative as the police crackdown on the red sandalwood smuggling empire that is rampant in these parts. The fast-paced, powerful, and thought-provoking narrative pulls the viewers into a vortex where there is no right or wrong, and there are no bad men—only heroes in different hues of gray.

Earlier, at the success event of Pushpa: The Rise Part 1, Allu Arjun said that they tested waters by releasing the Hindi version of Pushpa and were pleasantly surprised by the outcome. “We were thinking that we want to release this film in Hindi, but we weren't sure. Because we didn't have the time to do publicity. We didn't know how much of it will convert. I know there is a pulse, which I've been seeing for the last five years on YouTube."

"I somewhere had a belief that you know so many people are watching they might come to the theaters. But we don't know for sure. As testing waters to see if the audience which I'm seeing on YouTube and on satellite, which is humongous numbers, will they come to the theaters. I wanted to test waters with Pushpa and believe me thank you to the whole of North India, you proved we are just not going to love us through digital mediums but we will come physically to the theaters to admire you. Thank you so much for that. Thank you every distributor of mine for taking me into other languages," he further said.