After films releasing in China, Akshay Kumar is now going to Japan with his last release Kesari. The actor announced that his period drama will be releasing on August 16 in Japan.  This will be Akshay's second film after Pad Man to release in the country. 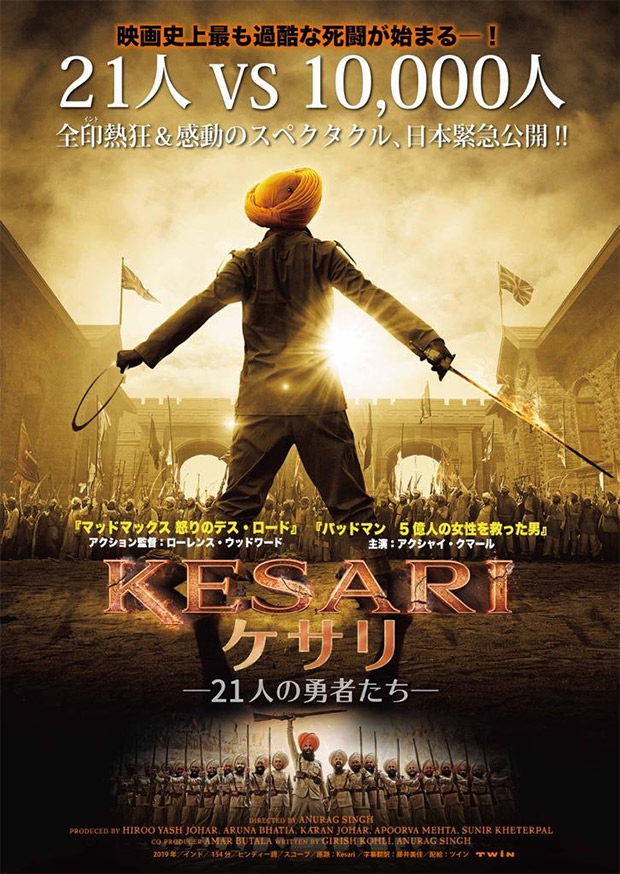 "Kesari, a film based on one of the bravest battles ever fought: 21 courageous soldiers against 10,000 invaders, is set to conquer Japan on August 16, 2019," Akshay Kumar announced on Monday.

Vibha Chopra, Head-Global Syndication and International Film Distribution, ZEE Entertainment, said in a statement, "Kesari is a rare gem that transcends boundaries. It's a tale which will resonate with audiences across the globe and its successful run at the global box office proves that. Japan is not a traditional or a mainstream market like the US, UK or the Middle East and we are excited to see how the diaspora reacts to an acclaimed title like Kesari which was loved globally."

Akshay Kumar essayed the role of Havildar Ishar Singh, the leader of the 1897 Battle of Saragarhi. Kesari, directed by Anurag Singh and bankrolled by Dharma Productions, also starred Parineeti Chopra. It released on Holi, March 21, 2019.

ALSO READ: Akshay Kumar to take a break from Sooryavanshi to shoot a special song for Housefull 4