Akshay Kumar who loves to stay away from the controversies as much as possible has found himself in a not so pleasant situation recently. Well, he tweeted that the costume worn by him in the movie Rustom is on auction and the money will be used to finance a NGO run by his wife which supports the cause of animal welfare. His tweet read, “Hi all I'm thrilled to announce that you can bid to win the actual naval officer uniform I wore in Rustom! Auction's proceeds will support the cause of animal rescue and welfare. Place your bid at http://www.SaltScout.com !” 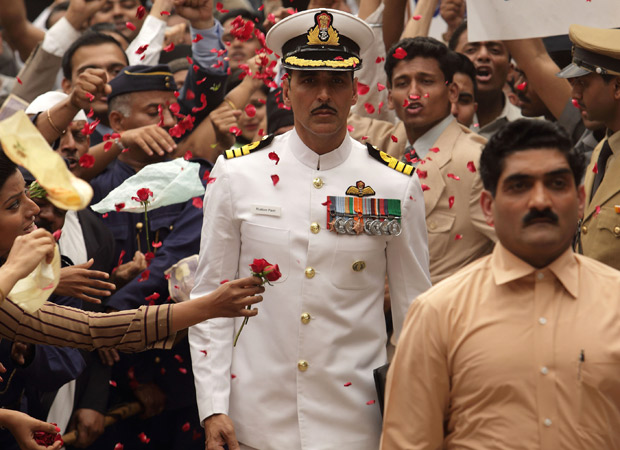 This followed by a lot of angry posts and threats from the defence personnel. One of them even claimed to give his wife Twinkle a bloody nose for auctioning off the uniform and thus disrespecting the country and army men. Twinkle on the other hand responded by taking a legal action on the troll. She wrote, “As a society do we really think it’s all right to threaten a woman with bodily harm for trying to raise funds for a charity by auctioning a uniform used in a movie, a piece of film memorabilia ? I will not retaliate with violent threats but by taking legal action! #JaiHind.”

At a recent media convention, Akshay responded to this controvery. He said that he feels nothing wrong with the auction because it is done to further a good cause and that it was just a costume worn in the movie. He also added that if anyone finds it wrong then it is okay and they cannot do anything about that. After this fiasco, Twinkle’s good friend Hrithik Roshan donated his iconic Krrish costume for auction for the same cause to express his solidarity.