Amitabh Bachchan is the living legend, entertaining us for decades through his amazing onscreen characters and films which made history in the entertainment space. He is a classic patriarch of the industry and is revered by the fraternity but sometimes, it is difficult to keep pace with his strict discipline and expectations that come with it. Well, we all know that Big B is a stickler when it comes to wishing people on birthdays and extending courtesy of thanking after his fans, friends wish him. He has complained number of times when the Bollywood kids forgot to acknowledge his messages. So the latest person on Big B’s radar was Anushka Sharma. He wished her on her birthday yesterday but apparently she did not message him back which prompted him to call her out on Twitter. 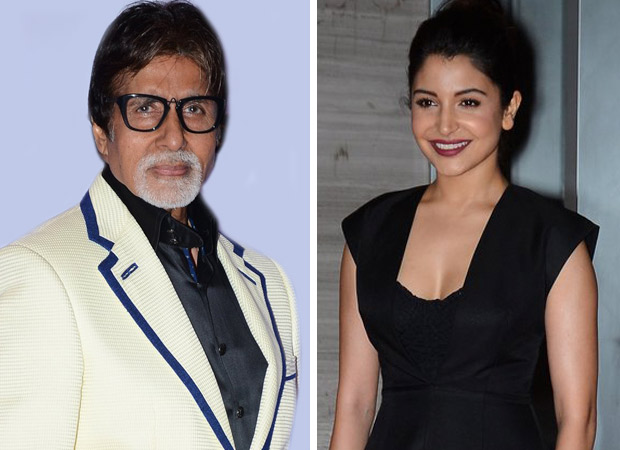 He wrote, “@AnushkaSharma .. Anushka .. this is Amitabh Bachchan @Srbachchan .. wished you on May 1st via sms .. no response .. checked they said you changed number .. sent greetings again .. love and wishes .. you looked radiant at the IPL game last night.” She replied to this message with a courteous yet unapologetic reply. She said, “Thank you so much Sir, for remembering my birthday and sending your kind wishes! (Responding to your sms as I tweet this)”

On the professional front, Amitabh is currently gearing up for his next 102 Not Out with Rishi Kapoor which is special for more than one reason. Firstly, the two actors are coming together after decades on screen and secondly Amitabh Bachchan is playing a father to Rishi! Early bird reviews have all praised the two great actors’ performance and looks like the film is already a winner.

Thank you so much Sir, for remembering my birthday and sending your kind wishes! (Responding to your sms as I tweet this) ???????? https://t.co/dr01PUswIf