Shraddha Kapoor will be coming together with Rajkummar Rao for the first time in a horror comedy titled Stree. While time and again we received tidbits from the shoot on social media, now we hear that the shoot has been shifted to Mumbai. The reason? The makers have planned to shoot a promotional song in the city. 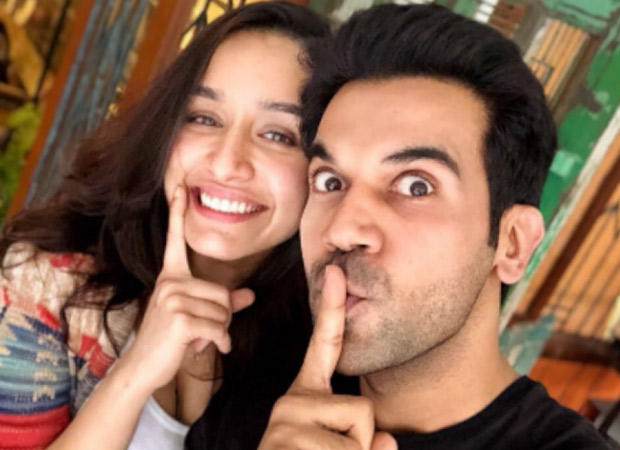 Shot extensively in Chanderi, Madhya Pradesh, the team has wrapped up its extensive schedule in the small town. Although Stree already has songs that were shot in the town, the makers have decided to move to Mumbai to shoot for yet another track. So despite the fact that Shraddha Kapoor and Rajkummar Rao have finished work on the film, they will be returning to it to shoot this promotional song. We hear that the said song will be a peppy number to be choreographed by Vijay Ganguly.

If reports are to be believed that even though Stree is set in a small town, the said number will be a contemporary one. Furthermore, it is being said that both Shraddha and Rajkummar will be seen in their on screen characters in the song. Readers may be aware that Rao plays the role of a tailor in the film. Yet the song is expected to have only new age beats. It is expected to be shot by the end of this month.

Besides the music album of Stree is expected to feature three other songs. In fact, two of them have already been shot in Chanderi. Amidst  them, one features Rajkummar Rao along with Nora Fatehi. Nora is supposed to be doing a special appearance in the film where she will be seen flaunting her belly dance moves. In fact, it has been learnt that Fatehi trained for the said number for four days.

On the other hand, it has been reported that the actors have currently shot with the scratch version of songs.  Sources have been quoted in reports stating that the singers for these numbers are yet to be finalized.

Producer Guild of India thanks Maharashtra…