What makes Vishwaroopam 2 one of the most awaited films? Well, there are more reasons than one to this question. Firstly, it features the South stalwart Kamal Haasan. Secondly, the legendary actor had to fight a battle to release the first instalment of this action thriller amidst many controversies. Thirdly, this is the first collaboration of Kamal Haasan and wait for it, Rohit Shetty! And the trailer release of Vishwaroopam sequel is not too far off. In fact, it will be held in the month of June itself. 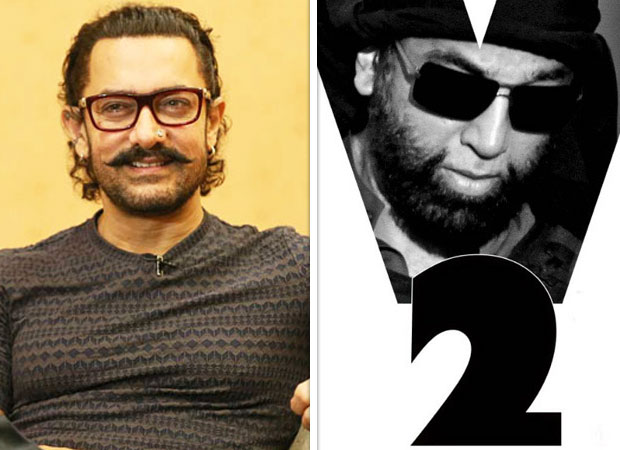 The makers of Vishwaroopam 2 have released the new poster of the film along with the release date of the trailer, which is June 11. Featuring Kamal Haasan, the film is also written and directed by the South superstar. Yet another intriguing piece of information that the poster came with, is that the trailer of the Hindi version of the bilingual will be launched by none other than Bollywood superstar Aamir Khan. The Telugu version will be launched by NTR Jr. Kamal’s talented daughter Shruti Haasan who is not only a popular actress but also a singer, will be launching the trailer digitally.

Producer Mr Kamal Haasan shares, “I am extremely happy that we are coming out with the trailer of Vishwaroopam 2. I have to thank you all for the patience you have had for this sequel and the constant love and support has not gone unnoticed. This film is very close to me and everyone who is a part of this film has worked very hard. I also want to thank Aascar Films and V Ravichandran. It is the faith of the people in our work that makes us stronger. I hope you all like what we have made with love and passion for you all.”

On being a part of Vishwaroopam 2 Aascar Films' V Ravichandran says, "It's an honour to be a part of Ulaganayagan Kamal Haasan's film. It is a great feeling and we at Aascar Film are happy to back such a brilliant sequel. We are looking forward to this extremely important and exciting film."

Presented by Rohit Shetty, the film also stars Shekhar Kapur, Waheeda Rehman, Rahul Bose, Pooja Kumar, Andrea Jeremiah, Jaideep Ahlawat, Nasser, Anant Mahadevan, Yusuf Hussain and Rajendra Gupta. The music of the film has been composed by M Ghibran and the lyrics have been written by Vairamuthu and Kamal Haasan.