Ranveer Singh is currently neck deep in the promotion of his next film, Gully Boy, and has already started prepping for his ambitious next, '83. Kabir Khan and Ranveer are set to collaborate for the first time to transform one of the most memorable moments in Indian cricketing history into a film. Khan will showcase the country's win in the 1983 World Cup and it will mainly be a biopic on Kapil Dev and how he led his team to this ultimate victory. The training for the actors has already begun and it is gruelling! Here is the full list of key cast who would be seen as Ranveer's team mates. Actors Nawazuddin Siddiqui, Jiva, Sunny Kaushal, Chirag Patil, Sahil Khattar, Tahir Raj Bhasin, Vijay Verma, Ammy Virk and Hardy Sandhu have joined the movie. 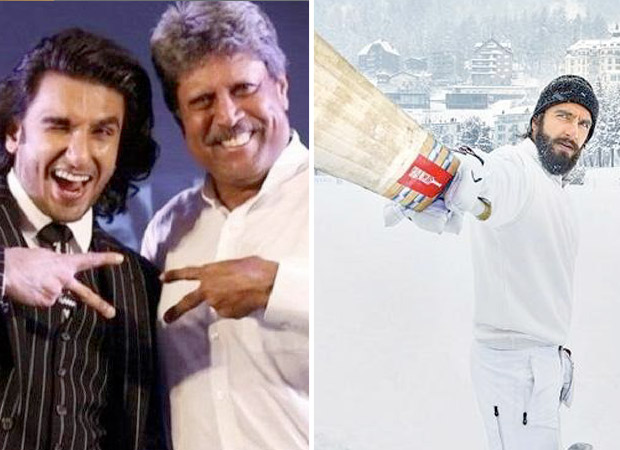 The shooting is set to begin but before that all the actors must get into the skin of their characters and learn their unique cricketing style. Kapil Dev himself is set to train Ranveer for over 15 days to help him ace his technique. Also, Kabir Khan has chosen a fresh cast for the film which is both interesting and challenging. So far, female lead has not been locked by the makers.

On personal level, Ranveer is enjoying marital bliss with wife Deepika Padukone. He also is leaving no stone unturned to make sure that his next movie Gully Boy is promoted well. He was recently seen as a showstopper at the Lakme fashion show in his Hip Hop avatar.

Also Read: Ranveer Singh and the cast of ’83 head to Mohali for a training camp with KAPIL DEV