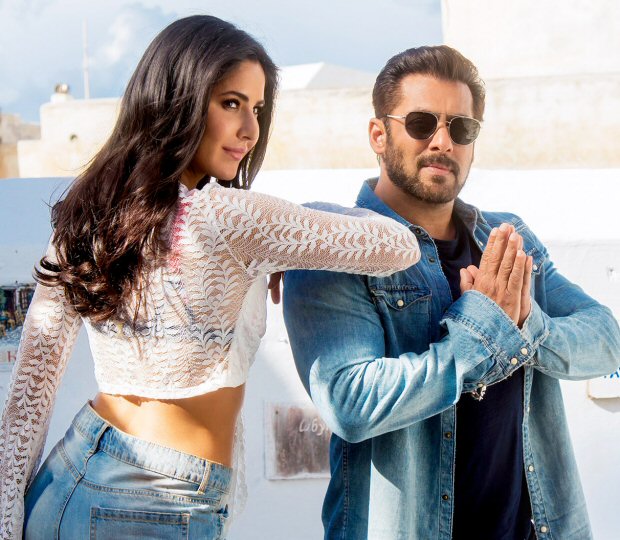 Back in 2012 when the music of Ek Tha Tiger had released, it was a great enabler towards the film's success. Each of the songs from the film had turned out to be popular, be it ‘Laapata’, ‘Mashallah’, ‘Banjaara’ or ‘Saiyaara’. Hence, now that the film's sequel is arriving in the form of Tiger Zinda Hai, one has good expectations again from the score which is put together by composers Vishal-Shekhar and lyrics by Irshad Kamil.

The team ensures that Tiger Zinda Hai begins on a rollicking note, what with Julius Packiam's 'Tiger Theme' kick-starting the proceedings and then everyone else ensuring that the momentum continues right through the song's duration. 'Swag Se Swagat' is just the kind of song that is set to be keep Salman Khan and Katrina Kaif's fans in frenzy, more so since Vishal Dadlani brings himself behind the mike and is joined by Neha Bhasin who gels quite well too with her seductive vocals. What really helps the song emerge as a chartbuster is the manner in which 'mukhda' leads to 'antara' and then the 'jugalbandi' that follows.

Things sober down immediately after with Atif Aslam coming on board for 'Dil Diyan Gallan'. A love song with a 'sufi' base to it, this is just the kind of number that Rahat Fateh Ali Khan has sung in abundance over the years and ensures good success as well. Here though, Atif ensures that his voice does sound right for Salman Khan and he sings with his heart in as well to ensure a soothing outing. A little while later, Neha Bhasin gets a solo version for herself too by going 'unplugged'. Though she does well, somehow the romantic number starts sounding like a sad one and that has perhaps something to do with the slow pace.

(Sort of) Theme song comes in next in the form 'Zinda Hai'. Though this one doesn't necessarily scream Z'inda Hai', the messaging is pretty much on the same lines. One waits to see whether this one plays along that point in time when Salman Khan is introduced or intermittently when he takes on the baddies during his mission. Nonetheless, this one (with rap by Raftaar) is a situational fit-in piece and primarily for the film's narrative.

Yet another hardcore situational track comes soon enough with Shreya Ghoshal crooning 'Daata Tu'. Expect this one to play somewhere during the second half of the film when the situation becomes tense and the need of the hour is for a rescuer to come on board and bring those in plight out of a tricky situation. A slow moving track that would primarily do its job in supporting the storytelling, this is just about okay.

One half of the Nooraan sisters, Jyoti Nooran, concludes the soundtrack with 'Tera Noor'. A sufi-rock track that begins on a slow note and then gathers pace as it moves on, this one does have a hook to it that gives it an edge. However as an overall piece it just about manages to do its job well in fetching your attention but doesn't necessarily makes you believe that it would enjoy a long play for itself in months to come.

The music of Tiger Zinda Hai is primarily situational and that is understandable since it is a plot based film centered on a rescue operation due to which one can't expect romantic numbers to come in one and after another. That said, there is 'Swag Se Swagat' and that should keep the party goers happy till the next Salman Khan film arrives.