One has huge expectations from the music of Thugs of Hindostan since this is inarguably the biggest release of 2018 so far. Moreover, with lead cast of Aamir Khan and Katrina Kaif, one expects a blockbuster score no less. Ajay-Atul, after creating some beautiful melodies in Dhadak, come together again for Thugs of Hindostan which has lyrics by Amitabh Bhattacharya. 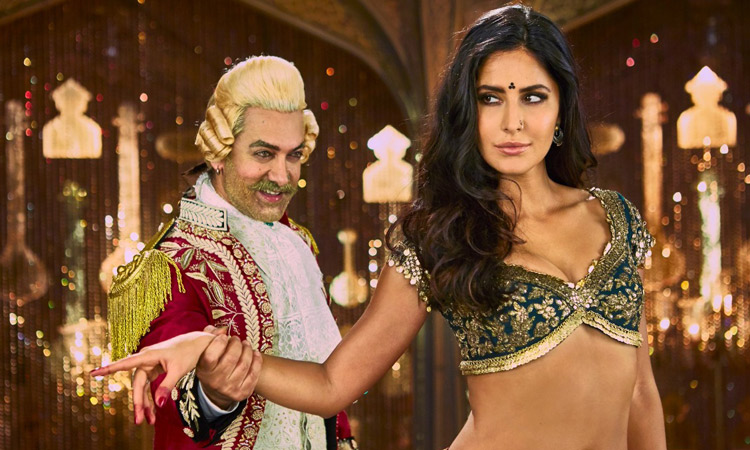 The soundtrack kick-starts with a celebration number 'Vashmalle' which has the sound of 'aa ra ra ra' right at the beginning, hence bringing on the retro appeal. This one has the kind of sound that one associates with a period drama and the manner in which Sukhwinder Singh and Vishal Dadlani sing this one justifies the theme. Amitabh Bachchan and Aamir Khan come together for this number which is situational at best. Yes, the song has been orchestrated very well but this one is not the sort of song that can be heard repeatedly in a standalone mode.

There is certain grandeur in the way 'Suraiyya' begins, a song that brings together Katrina Kaif and Aamir Khan. Yet again, one is transported back in the era of the 40s and the 50s when such English-Hindi fusion music was in the vogue. Of course the film is set much back in time and since one hasn't really heard how the music was during the 1800s, one has to live with what is in the offering. Vishal Dadlani and Shreya Ghoshal come together to create the mood and feel of the time gone by but overall the tune doesn't really excite much beyond a point.

'Manzoor-e-Khuda' is the last song of the album and this one has Shreya Ghoshal and Sunidhi Chauhan coming together for Katrina Kaif. Coming across as the kind of number that appears during the pre-climax or climax of the film, it reminds one of the kind of sound that was evidenced in 'Gazar Ne Kiya Hai Ishaara' [Tridev]. Sukhwinder Singh also steps in soon enough with Ajay Gogavale chipping in and after listening to the song, all that one primarily looks forward to is how it is all presented on screen. Eventually it would all boil down to scale and grandeur.

For a biggie like this, one expected an epic score. However, leave aside being epic; there isn't much to even celebrate quantity wise since there are just three songs in there. A disappointing score.