Phillauri Movie Review: Phillauri fails to connect emotionally due to its weak and slow paced narrative. 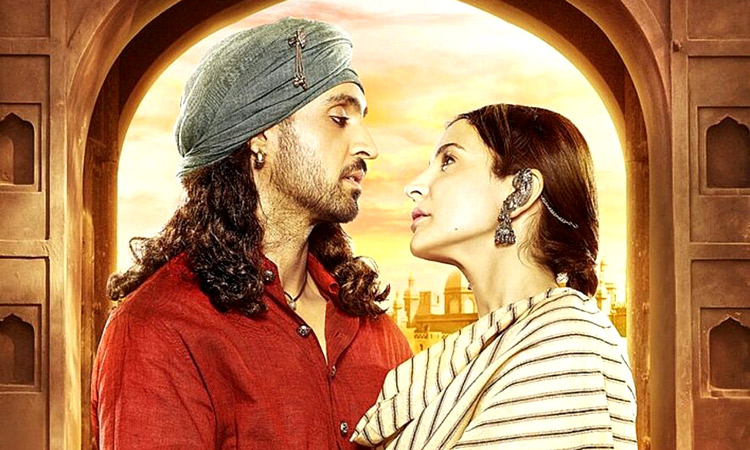 While Horror has been a popular genre in Bollywood, there have also been a few films made over the years that have dealt with the concept of the friendly ghost. Films like Chamatkar, Bhoothnath and Hello Brother are some of the popular movies in the space of horror comedy. This week’s release PHILLAURI happens to be set on the same premise of a friendly ghost. Will this film spin magic at the Box-Office or will it ‘vanish in thin air’, let’s analyze.

Fox Star Studios’ PHILLAURI is about the unfulfilled love of a ghost who has not attained peace after death. The film starts off with an array of dangerous (inflight) dreams of the Canada based Kanan Rajinder (Suraj Sharma), who is on his way to India to get married to his childhood sweetheart Anu (Mehreen Pirzada). After his arrival, his parents tell a ‘secret’ to Anu’s parents stating that Kanan is a ‘maanglik’. Without any frets or tension, both the families act on the advice of an astrologer and get Kanan married to an old tree, which they chop off later. Little does he know that, at the pretext of marrying the tree, he actually got married to Shashi (Anushka Sharma), whose soul has been within the tree since the year 1919. Even though Kanan gets scared of Shashi and her actions at first, gradually, he not only befriends her but also gets her ‘introduced’ to Anu. When asked about the reason for Shashi’s ghostly existence, she recalls her love story with Roop Lal Philauri (Diljit Dosanjh), which, till date as remained an unfulfilled dream because of unforeseen situations and circumstances. What were the circumstances which played the villain between Shashi and Roop Lal’s love, what happens to Shashi’s soul ultimately and do Kanan and Anu get married is what forms the rest of the story.

Despite the film’s concept having immense potential, writer Anvita Dutt fails create magic with her writing. The film’s story and screenplay have no logic or direction. Besides being confusing, the film’s screenplay also slows down the narrative. PHILLAURI, which begins on a positive and funny note, starts getting endlessly dragged and predictable. Thanks to the confused screenplay, the viewers will find it extremely tough to relate to. The film's dialogues (Anvita Dutt) are lucid and do not hamper the film’s proceedings. The film has its share of comic moments in the first half, but that too disappears as the narrative moves forward. 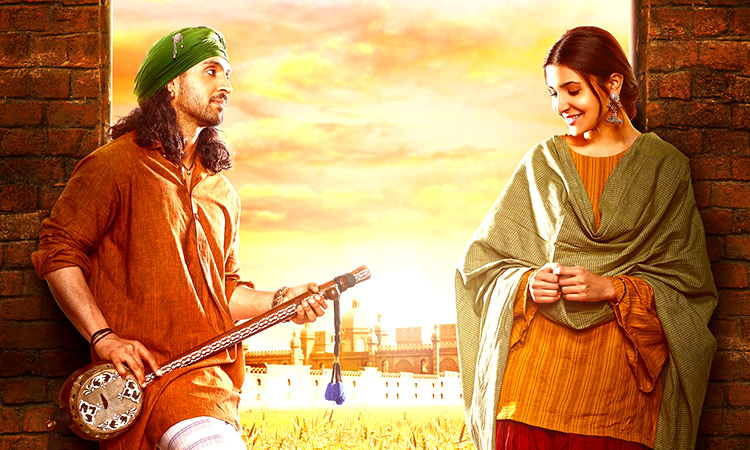 After having assisted on films like PYAAR KE SIDE EFFECTS, CHAK DE! INDIA, DOSTANA and HOUSEFULL, Anshai Lal makes his debut in Bollywood as a director with PHILLAURI. Sadly, Anshai fails to impress with his debut film PHILLAURI. In an attempt to tell the stories of two eras simultaneously, he lands up losing his grip on the plot totally. He fails to narrate either of the stories convincingly. While the film’s first half is funny (in parts) and bearable, the film sees a drastic downslide in its second half, which is mostly dedicated to Anushka Sharma character’s life in the past. The slow and predictable second half does nothing more than testing the patience of the audience. Even the parallels between the two eras seem extremely forced. One just cannot help but say that the film’s climax is bizarre and outrageous. Anshai Lal really needs to understand how to narrate stories if he is planning for a long innings in Bollywood.

As for the performances, the film’s protagonist Anushka Sharma excels in the film. After having delivered a smash hit performance in her last film AE DIL HAI MUSHKIL, she delivers a decent performance in PHILLAURI. Even though her character comes as half baked (because of the script), she manages to pull it off with supremacy. After having done a decent job in his last film (the drug drama UDTA PUNJAB), Diljit Dosanjh shows his soft and vulnerable side in PHILLAURI. Despite having limited scope, he puts on a decent performance. The film’s scene stealer is however, the endearing Suraj Sharma, who has, to his credit Hollywood films like LIFE OF PI, MILLION DOLLAR ARM and others. He makes a decent Bollywood debut with PHILLAURI. He plays his part of a confused young boy extremely well. He also consistently maintains the fun quotient in the film. On the other hand, Mehreen Pirzada fails to impress with her Bollywood debut. The rest of the character actors (of both the eras) are extremely convincing and play their parts well.

The film’s music (Jasleen Royal) is average and fails to impress except for one song ‘Sahiba’. On the other hand, the film’s background score (Sameer Uddin) is apt and elevates the film’s narrative. The VFX used in the film is decent.

Full marks to the film’s cinematographer (Vishal Sinha) for turning the film into a visual delight. The film’s editor (Rameshwar S Bhagat) has done a decent job.

On the whole, PHILLAURI fails to connect emotionally due to its weak and slow paced narrative. At the Box-Office, it will be an average fare.

Box Office: Understanding the Economics of Phillauri and the profit it will generate for the makers

first half if very slow. movie kicks up only in later second half...the end was quite surprising…

Slow Movie...Bad Songs...Not Even one time Watch..First Half is ok but second half is just…

With no parallel between the two love stories. Direction is also not that great. At a high level…