Music of Hate Story franchise has seen an upward trend right from first to the third part. Now that fourth in the series is coming, one expects the bar to be raised even higher. No wonder, multiple composers, lyricists and singers come together to create eight songs for the soundtrack of this film that has Urvashi Rautela as the central protagonist. 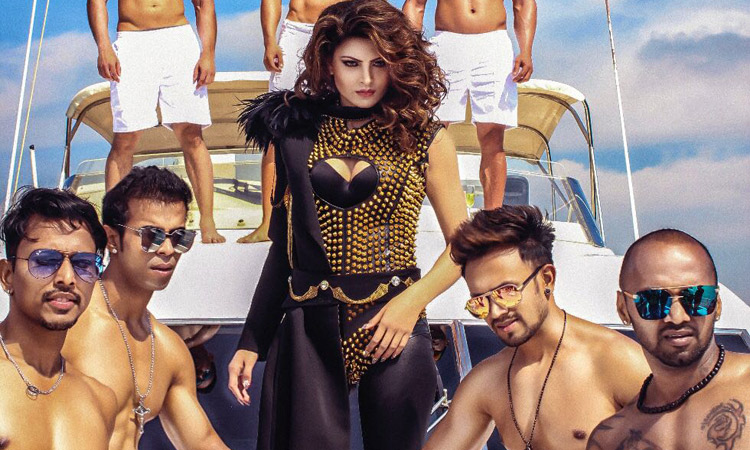 More than a decade ago when the music of Aashiq Banaya Aapne [2005] had arrived, it had created a splash all over. Himesh Reshammiya and Sameer had come together to create a new sound for the film and its songs are heard till date. Title song from the film, 'Aashiq Banaya Aapne', is recreated by composer Tanishk Bagchi and lyricist Manoj Muntashir, with Neha Kakkar leading from the front as the singer. Intermittently Himesh's voice is heard as well and it is time to relive the nostalgia.

Composer Arko kick-starts 'Boond Boond Mein' with the sound of a guitar and there is a good melodic base set before Jubin Nautiyal and Neeti Mohan come behind the mike. A romantic number that is set in the rains, it has poetic lyrics by Manoj Muntashir and Sanjay Gupta which go well with the genre and mood of the song. Though the song isn't extraordinary or makes you go wow in amazement, it still makes for a decent hear and can be played through comfortably.

Next to arrive is a Mithoon composition and this one is written as well by Manoj Muntashir. Rendered by Jubin Nautiyal and Amrita Singh, 'Tum Mere Ho' is a sweet and simple musical piece that moves ahead at a leisurely pace. Though the 'mukhda' is interesting, somehow there isn't much of an impact during the 'antara' potion. A passable track.

The wait remains though for an original number to arrive that would stand out in the album and that finally ends with 'Badnaamiyan'. Best track of the album so far, it is composed by the new team of Baman-Chand. They have a reliable lyricist in the form of Rashmi Virag and the moment Armaan Malik begins to croon the number, you know that this one would find a place in your playlist. A beautiful number that has a Nadeem-Shravan and Sameer feel to it, it also appears in a female version with Sukriti Kakar making the song her own.

Himesh Reshammiya and Sameer are back in the fold as their 'Naam Hai Tera' from the music album Aap Ka Suroor is recreated as 'Naam Hai Mera' by Tanishk Bagchi with new lyics by Shabbir Ahmed. A solo female version where Neeti Mohan comes into the fold, the song works yet again due to a strong recollect quotient. That said, one somehow wonders if added punch by Neeti during the song's rendition could have taken it to another level.

Last to arrive is Kumaar written 'Mohabbat Nasha Hai' which appears in a duet and a solo version by composer-singer Tony Kakkar. In the duet version he is joined by Neha Kakkar and as a team they do well in coming up with a track that reminds one of many a 'ghazal' sung by Pankaj Udhas over the decades. Expect this one too to be set in a sensual set up and set the screen ablaze once it appears in the narrative.

The music of Hate Story IV goes well with the genre of the film and though there may not be a series of chartbusters on a platter here, the songs do well to promise good inclusion in the storytelling.