Movie Review: Though laced with an illogical plot and a lot of loose ends the emotional and funny moments coupled with fine performances ensure that Fanney Khan turns out to be a decent, entertaining fare.

Considering the fact that Fanney Khan tells the story of a girl who wishes to be a singer/performer, you have good hopes from the film's soundtrack. With Amit Trivedi roped in as a composer along with lyricist Irshad Kamil, your expectations soar further. Let's check out what the five songs in the soundtrack have to offer. 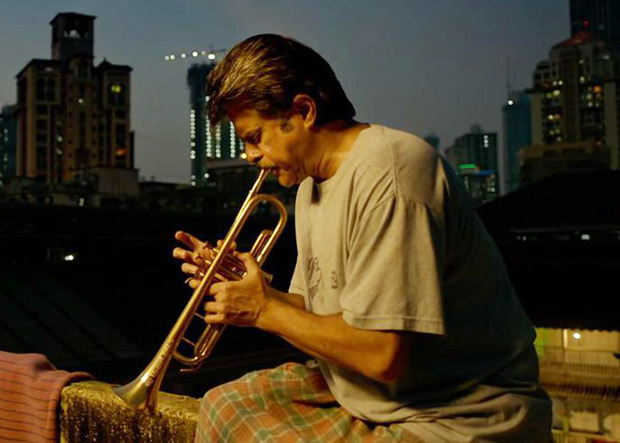 Though Amit Trivedi is the composer of Fanney Khan, the first song actually has guest composer Tanishk Bagchi stepping in. With the hook of 'Mohabbat' borrowed from Noor Jehan's 'Jawan Hai Mohabbat' [Anmol Ghadi], you wonder if the entire song would be a recreated version of the yesteryear chartbuster. However that's not quite the case as 'Mohabbat' stays on to be a standalone number and lends a platform for Aishwarya Rai Bachchan to come up with a dance number. This one boasts of a peppy tune and Sunidhi Chauhan is just the right singer to do the honours.

There is a recreation though of Nusrat Fateh Ali Khan's 'Yeh Jo Halka Halka Surroor Hai' and this is the point from where Amit Trivedi takes over. Titled 'Halka Halka', the song kick-starts as a Sunidhi Chauhan number before Divya Kumar takes over the singer for the core lines. The song gains from the recollection factor but by and large comes across as more of a remix version that could be catering primarily to the clubs but that's about it. One wonders if the effect would have been even better had the makers chose to maintain the core essence of the song instead of making it go through the Western route.

Amit Trivedi brings himself behind the mike for 'Achche Din' which is about a man praying to God for his 'achche din' to come soon. This one is set in a trademark Amit Trivedi mode as you can relate to the kind of sound that the composer creates. That said, the song primarily stays on to be a strictly situational outing and it could well be Anil Kapoor's performance during the song that may help audience connect to it.

Next to arrive is 'Tere Jaisa Tu Hai' which is basically the flagship number of Fanney Khan and should come at the crucial moment of the film's narrative. This is the song that one hears during the promo of the film as it features the girl who plays Anil Kapoor's daughter. Monali Thakur is the voice of the song and though it does reach crescendo once the hook-line arrives, for rest of the duration it stays to be just about okay.

Monali Thakur is the singer for the concluding number of the album, 'Fu Bai Fu'. There are references to various hit item songs from the years gone by as well as some of the popular dialogues from recent blockbuster films. With Maharashtrian folk base to it, one waits to see how the song would find place in the film's narrative as it seems to be set for a situational outing.

The music of Fanney Khan turns out to be just about ordinary though one had better expectations from it, given the film's theme.