Dear Comrade actress Rashmika Mandanna sure seemed to be in a good mood earlier today as she stepped into the Hyderabad airport. The actress was caught on camera having a fun time at the airport as she broke into an impromptu jig while walking towards the check-in counter. 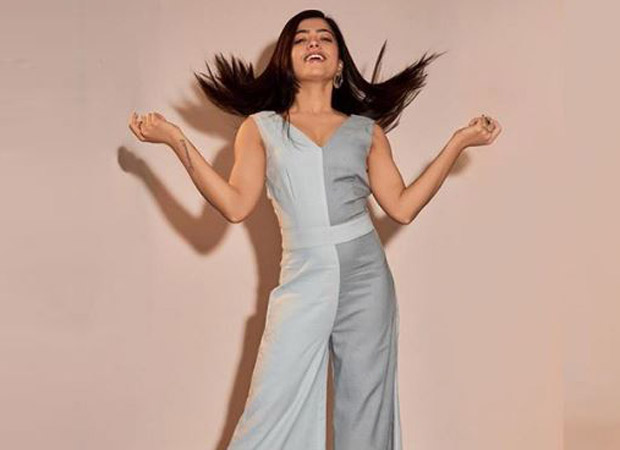 The actress looked uber cool and comfortable dressed in a black hoodie and denim and paired it with black shades.

Rashmika Mandanna has already had two releases this year. She started the year with Mahesh Babu starrer Sarileru Neekevvaru and was much appreciated for her work. She was also seen in the film Bheeshma in which she was paired opposite Nithin. The film released on February 21 and the audience have been praising the chemistry between the duo.

Rashmika has signed Nanda Kishore's Pogaru in Kannada and will also be seen in Sultan helmed by Bakkiyaraj Kannan, which marks her Tamil debut.

There are also reports doing the round that the actress has been approached to star in Thalapathy Vijay's next film directed by Sudha Kongara. However, there has been no official confirmation on the same.