Just a day ago, we had reported about Sithara Entertainments and Fortune Four Cinemas joining hands to produce two time-National Award Winning actor Dhanush's Telugu-Tamil bilingual titled Sir in Telugu and Vaathi in Tamil. The makers also released the first look of the film on July 27 and today on Dhanush's birthday, they have released the teaser of this action drama that also stars Samyuktha Menon in the lead. 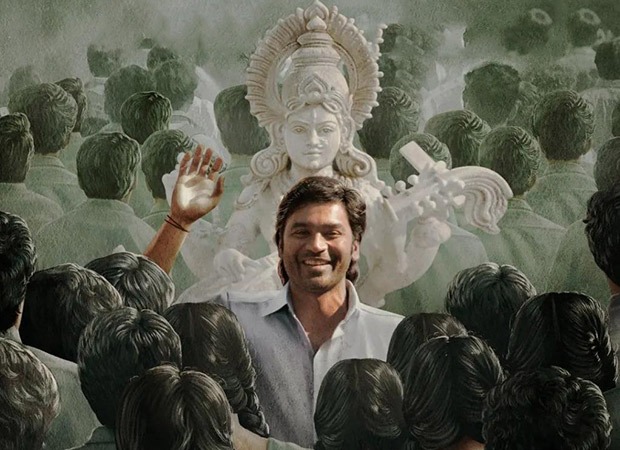 Vaathi aka Sir is written and directed by Venky Atluri. Speaking about the film, as the teaser suggests, it deals with one of the most concerning issues in our society - commercialization of the education by corporates. A source close to the film said, “The makers wanted to make a point with thought-provoking and emotional dialogues but at the same time, wanted to keep it entertaining with ample commercial elements. The makers wanted to package a relevant subject to society without making it preachy.”

The source went on to speak about Dhanush’s casting saying, “He is apt as 'Sir' Balagangadhar Tilak. The action portion in film is really impressive. All in all, it will be a perfect package of a socially relevant subject embedded with all the necessary commercial ingredients. And we are sure that it will be an instant blockbuster.”

Sir aka Vaathi is set to release in October. The release date of the much-anticipated Telugu-Tamil bilingual will be announced shortly. S Naga Vamsi and Sai Soujanya are bankrolling the prestigious project. The film's technical crew comprises of Dinesh Krishnan as the cinematographer along with National Award Winner Navin Nooli as the editor. GV Prakash Kumar will be composing the music for the film.

As for the casting besides Samyukta Menon, the film will also feature Sai Kumar, Tanikella Bharani and Narra Srinivas essaying supporting roles.

Also Read: First Look: Dhanush plays the role of a teacher in the bilingual Sir; teaser to release on July 28