Vijay Deverakonda is definitely the man in demand right now! While the second episode of Koffee With Karan 7 saw an intense discussion about the actor between Sara Ali Khan, Janhvi Kapoor, and host Karan Johar, the latter did not leave this chance to question Vijay’s opinion on all the scoops that were revealed on the show. In fact, an entire section of the show was dedicated to Deverakonda asking him about the ‘cheese’ factor, after the B-town girls referred to him as ‘cheese’ on the show. However, it was the Rapid Fire, where the Liger star revealed about who he finds the most desirable and the answer was neither of them, it was Samantha Ruth Prabhu. 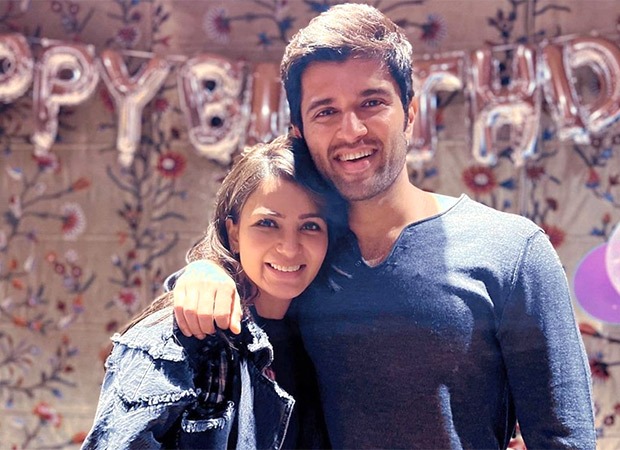 For the uninitiated, Vijay Deverakonda and Samantha Ruth Prabhu are currently doing a film together titled Kushi, which is a romantic comedy. During the Rapid Fire round, when Vijay was asked about who he finds most desirable in Indian Cinema, the actor was full of praises for Samantha. He said, “Samantha Ruth Prabhu,” adding, "She is a darling. She is amazing. An incredible woman!”

Koffee With Karan 7: Vijay Deverakonda couldn’t stop praising Samantha Ruth Prabhu; says she is ‘most desirable and an incredible woman’

On the other hand, when he was further asked about his opinion on other actresses including Sara Ali Khan and Janhvi Kapoor, the actor maintained a polite statement about all of them. While he referred to Sara as ‘funny and witty’, his word for Janhvi Kapoor was ‘cute’

In fact, even during the quiz round, when Vijay was asked to call a celebrity, the actor ended up calling on Samantha Ruth Prabhu (aka Sam) and asked her to say, ‘Hey Karan, it’s me.’ Whereas his co-guest Ananya Panday scored more points by calling Kartik Aaryan, Janhvi Kapoor, and Varun Dhawan.

Vijay Deverakonda recently made his debut on Koffee With Karan 7, alongside his Liger co-star Ananya Panday.