Actor Suriya unveiled his first look from the upcoming film Soorarai Pottru. In the poster, Suriya is dressed in a black vest and brown pants and is floating in the air. The Telugu dubbed version of the film has been titled Aakasam Nee Haddhu Ra.  Suriya shared the English, Tamil and Telugu posters for the film. 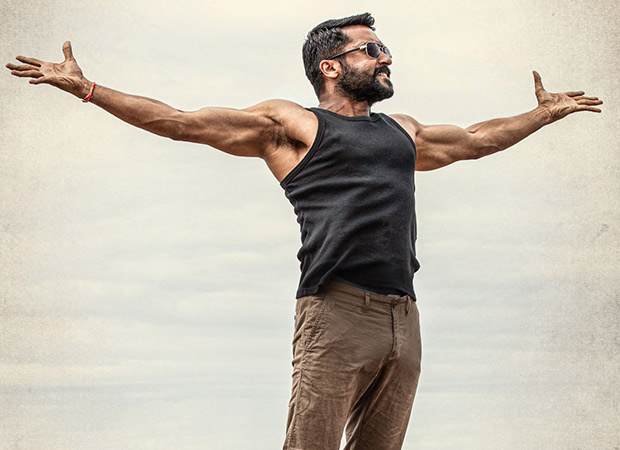 Soorarai Pottru is a film based on the life of Captain GR Gopinath- founder of the budget airline Air Deccan. The film is slated to release early next year. Sharing the poster, the actor tweeted, "Here’s Maara.. An ordinary man with an extraordinary dream! #SooraraiPottruFirstLook #AakaasamNeeHaddhuRa”

Directed by Sudha Kongara and produced by Suriya's 2D Entertainment and Guneet Monga who won the Oscar for the Best documentary short film this year. This is the first time that the actor has collaborated with a female director. Sudha had approached the actor with the film three years ago, but the actor could not give his nod as he was committed to multiple projects back then.

The team recently filmed major action sequences in Chandigarh under the supervision of Hollywood stunt choreographer Greg Powell, best known for his work in films such as Skyfall and Bourne Ultimatum.