Pushpa: The Rise is all set to be released in Russia and the excitement amongst Russian audience for Allu Arjun and Rashmika Mandanna starrer has been immense in the country. After holding a successful Press Conference prior to the release of the film, the makers have finally screened the movie and they were thrilled to watch the film with the audience and and loved this experience of sharing it with them. 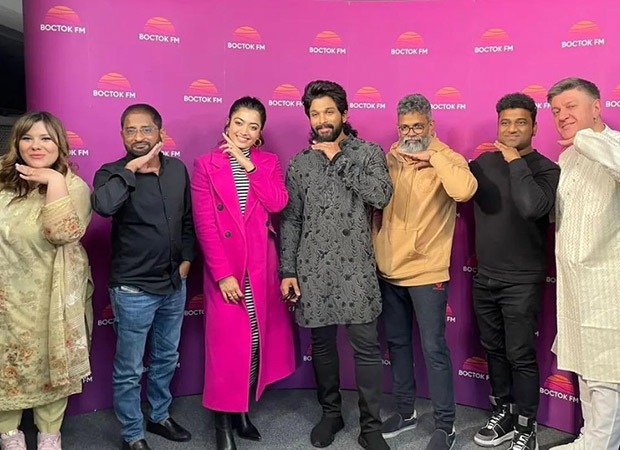 Taking to social media, the makers uploaded a video where we can see the raging excitement amongst fans for Pushpa: The Rise. It is a known fact that the film earned massive collections at the Indian box office with each passing day since the time it hit the screens in December 2021. Now after creating a whole lot of craze across boundaries and other countries, the film had a special premiere in Moscow on December 1 in the presence of the cast and crew. And yet another screening in a similar fashion will be held at St. Petersburg on December 3. The film will also be premiered in the opening ceremony of the fifth Indian Film Festival which will be held in 24 Russian cities.

The film will release in Russia on December 8. While the craze of Pushpa: The Rise has taken over the nation, fans are eagerly waiting to receive updates on the sequel to the action entertainer, Pushpa: The Rule as work on the same has already kick started. Directed by Sukumar, the film will see the character Pushpa aka Allu Arjun take yet another major leap as the gangster with Rashmika Mandanna playing his love interest.