From a proposal in Paris to a bachelorette in Greece, the fairy tale wedding of Hansika Motwani took a royal turn with the wedding being held at an authentic haveli in Rajasthan. But before the ceremony, it seems that the couple likes to go the big fat Indian style. After hosting the auspicious Mata Ki Chowki and later, also, the Mehendi ceremony, they hosted yet another pre-wedding function which was a Sufi night. A video shared of the couple attending a Sufi night as the guests cheer on, found its way on social media and has been viral. 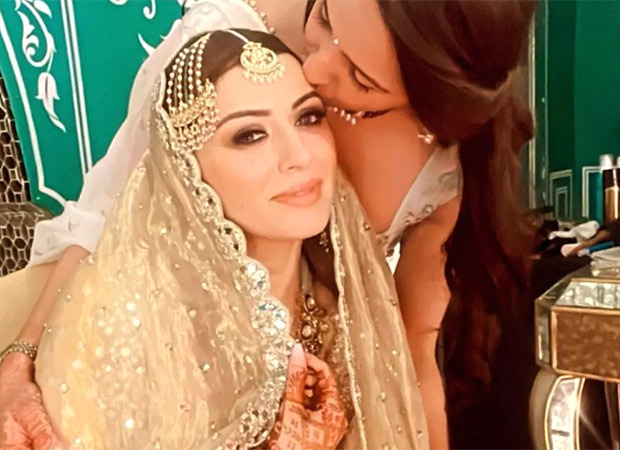 It seems that Hansika Motwani and Sohael Katuriya decided to add a rather glamorous and classy twist to their wedding by planning a Sufi night with family and friends before their wedding. Last evening, the couple were dressed as per the Sufi theme where Hansika was seen wearing a sequined sharara and even opted for an authentic passa to go with her ethnic outfit. Matching her was also her soon-to-be-husband who dressed up in a sherwani that was full of embroidered and sequined work. Video of the couple making a rather grand yet dreamy entry have taken over social media.

Besides that, a few other photos and videos have also found its way to the platform as fans cannot stop gushing about the look of Hansika Motwani at their Sufi night.

Coming to her wedding, Hansika Motwani will tie the knot with Sohael Katuriya at the 450-year-old Mundota Palace in Jaipur in a traditional Sindhi style wedding on December 4. However, the families will also be hosting a few other functions before the actual ceremony on Sunday.

Hansika Motwani, who made her debut as a child actor, went on to gain popularity down South and has worked with some of the biggest superstars in the industry including Allu Arjun, Prabhas, and Dhanush.