After completing the international shoot schedule of RC15 with Kiara Advani and the rest of the team, Ram Charan recently attended an award ceremony in Delhi where there was an addition made to his already long list of accolades. The actor received the True Legend - Future of Young India Award. Apart from being a popular actor, Ram is also a philanthropist who always ensures to also work towards the benefit of the society. 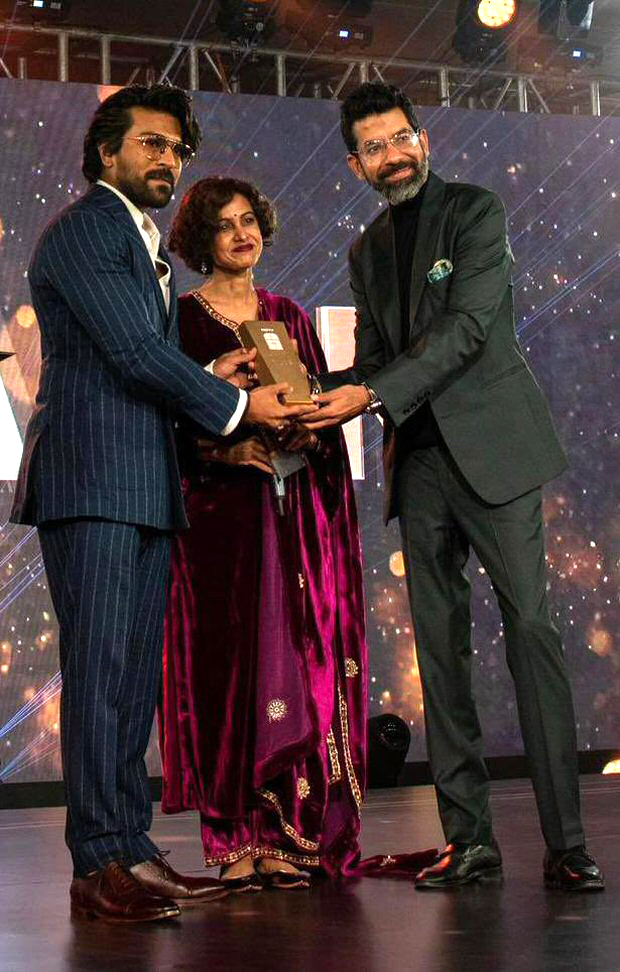 Talking about the recent win, a source close to the actor said, “Ram has always been keen on using his position in society to create a positive impact. Even with the roles that he has chosen to play in films, he wants to positively inspire people, especially the youth, all around the world. It comes as no surprise that he has received this award. He always wanted to play roles that give a message to the audience. His films have been acclaimed not only all over India but on a global scale. Even his role in the super hit RRR was extremely noteworthy and praised by audiences all over the world.”

His father and megastar Chiranjeevi showcases his proud father side by taking to social media and posting a sweet congratulatory message for him. Posting photos from the award ceremony as well as Ram’s childhood, Chiranjeevi said, “Nanna, Absolutely thrilled for you and proud, on winning the #TrueLegend - #FutureOfYoungIndia Award  #NDTV Bravo!!! ????  Way to go, dearest @AlwaysRamcharan - Appa & Amma.”

Absolutely thrilled for you and proud, on winning the #TrueLegend - #FutureOfYoungIndia Award #NDTV
Bravo!!! ???????? Way to go, dearest @AlwaysRamcharan

On the work front, Ram Charan will be completing RC15 which is directed by the famous Tamil filmmaker S Shankar and features Kiara Advani as his leading lady. While the film has already gone on floors, recently the actor also announced RC16, his next film with Buchi Babu Sana of Uppena fame. However, further details on the film are currently under wraps.