Pawan Kalyan, who has a massive name down South, is all set for another interesting project. As fans of the actor are eagerly waiting for an announcement from the star, now makers of his next, have taken to social media to reveal more about his forthcoming venture. The superstar is all set to collaborate with none other than Saaho director Sujeeth for his next film, which is said to be an action entertainer. The makers have also shared an announcement poster along with the good news. 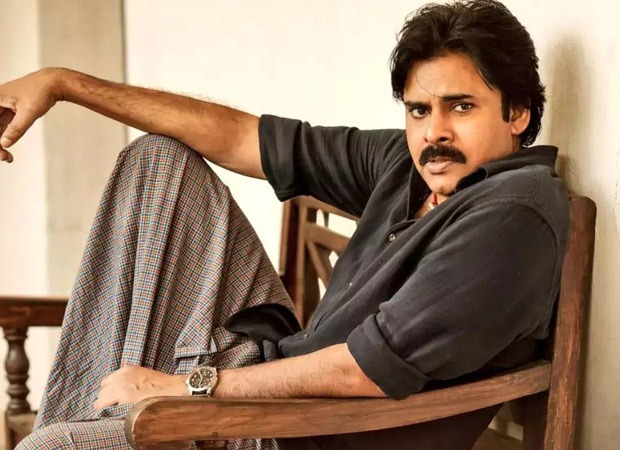 Readers would be aware that Pawan Kalyan is busy with his other commitments. After wrapping up those, the South star will be kick off work on this Sujeeth directorial, that will be produced by DVV Entertainment. However, further details on the leading lady and the rest of the cast are currently kept under wraps. Going by the announcement poster, it seems that the film will be a power packed intense film. Although the poster doesn’t give away much about the film, it features Pawan Kalyan’s silhouette along with the tagline, ‘They Call Him The Real #OG”. Making the announcement on Twitter, the makers also used the hashtag, ‘Fire Storm Is Coming’.

We are extremely elated to associate with @PawanKalyan Garu, for our next production.⚡️⭐️

DVV Entertainment made the announcement on their official social media page saying, “We are extremely elated to associate with @PawanKalyan Garu, for our next production.???? Directed by @SujeethSign, DOP by @DOP007 #FirestormIsComing ????” As revealed by the post, the cinematography will be done by popular Director of Photography Ravi K Chandran.

Currently, Pawan Kalyan is busy with the Krish Jagarlamudi directorial Hari Hara Veera Mallu, which is expected to be a period drama set against the backdrop of 17th Century Mughal Empire. The film is also expected to feature Nidhhi Agerwal, Nargis Fakhri, and Arjun Rampal in pivotal roles and is said to be a pan India film.