Earlier this week, South superstar and producer Ram Charan gave a huge treat to his fans as he made his Instagram debut. While his wife Upasana Konidela also expressed her happiness on having her hubby on the social media platform, the actor decided to make it even more special by sharing a photo of him from RRR. Now coming to his first Instagram post, the actor decided that he will dedicate it to his mother, Surekha Konidela. 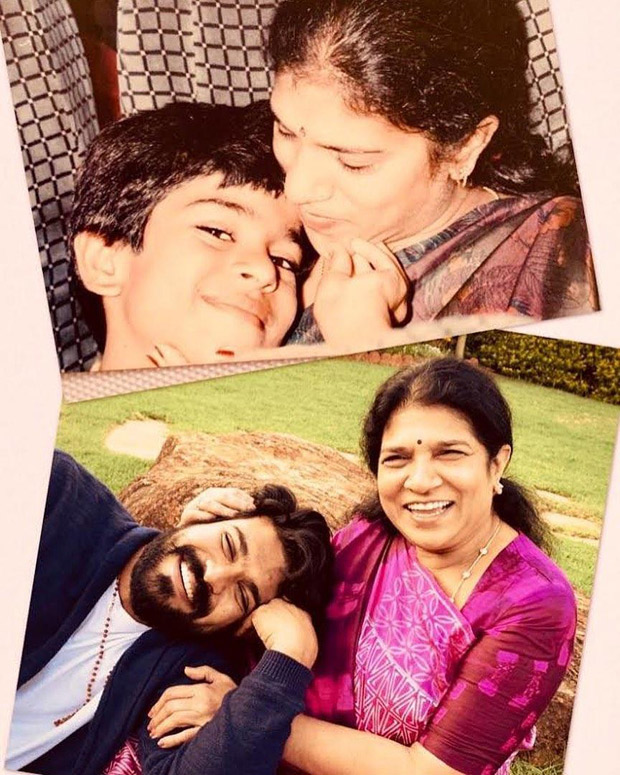 Readers would be aware that Ram Charan is the son of superstar Chiranjeevi and the actor has always been close to both his parents. In the recent post the actor mentioned he is mama’s boy forever and he shared a throwback photo as well as a current photo with mother Surekha Konidela. He captioned the photo saying, “Somethings never change !! Dedicating my first post to u. Love u Amma. #mamasboy #forever.”

On the work front, Ram Charan has dedicated his time to shoot for the coveted film RRR that also stars Junior NTR. The film is directed by SS Rajamouli and features actors like Alia Bhatt and Ajay Devgn in pivotal roles. In fact, Alia is expected to play Ram’s love interest in this film that will hit the big screens on July 30, 2020. On the other hand, the actor is also producing the much ambitious film Sye Raa Narasimha Reddy starring his father, Chiranjeevi and it is expected to be made on a huge scale too.